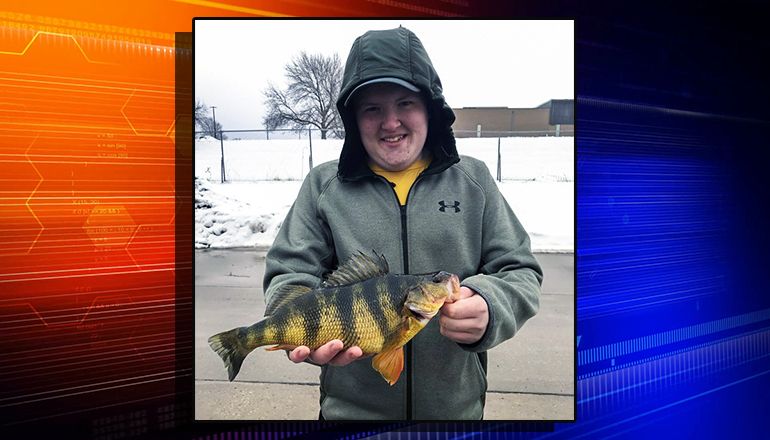 Halley was fishing with his uncle and family friends on January 24 when he felt something give his line a good tug. “I literally dove into the water and gave the fish a bear hug so it wouldn’t get away,” recalled Halley. “It was freezing! I had to go sit in the truck to warm up after that.”

Halley was fishing on a private pond in Nodaway County when he caught the 1-pound, 14-ounce fish using the pole-and-line method. The previous record was a 1-pound, 11-ounce fish caught in 2009.

Halley said the plunge into the water was worth it to hold a state-record. MDC staff verified the fish’s weight using a certified scale in Maryville. It’s the first state-record fish of 2020.“It feels pretty nice to have a state record,” said Halley. “I’m going to get a replica made of it. We kept the fish alive in an aerated cooler because we wanted to get it certified. We ended up releasing it back into another pond.”