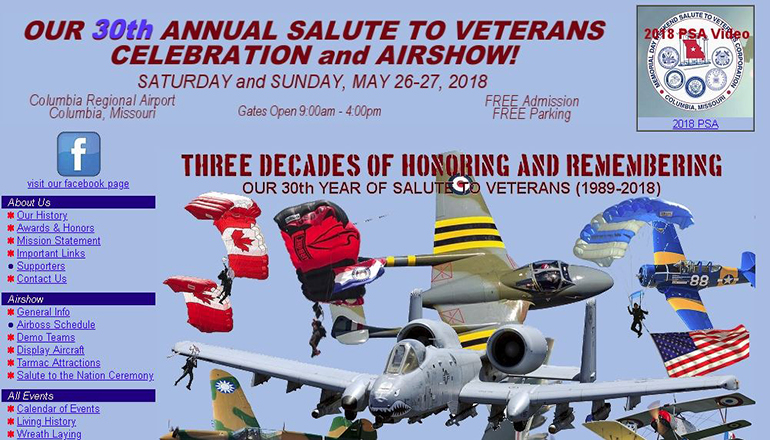 A United States Marine Corps veteran from Harris will be honored during the 30th Annual Salute to Veterans Air Show.

Colonel Dennis Goldsmith will be one of 12 honored at the free event to be held at the Columbia Regional Airport May 26th and 27th from 9 o’clock in the morning to 4 o’clock in the afternoon each day.

There will also be a wreath-laying ceremony at the Boone County Courthouse in Columbia the morning of May 28th at 9 o’clock. That will be followed by a Memorial Day Parade in downtown Columbia at 10 o’clock.

The Salute to the Armed Forces celebration will close the parade and feature parachute jumps by the United States Army Special Operations Command Black Daggers and Canadian Sky Hawks teams.

Colonel Dennis Goldsmith joined the Marine Corps in 1974 and deployed to Southwest Asia for Operation Desert Shield and Desert Storm and mobilized in support of Operation Enduring Freedom. Goldsmith retired in 2006.

For more information on the air show visit their website.