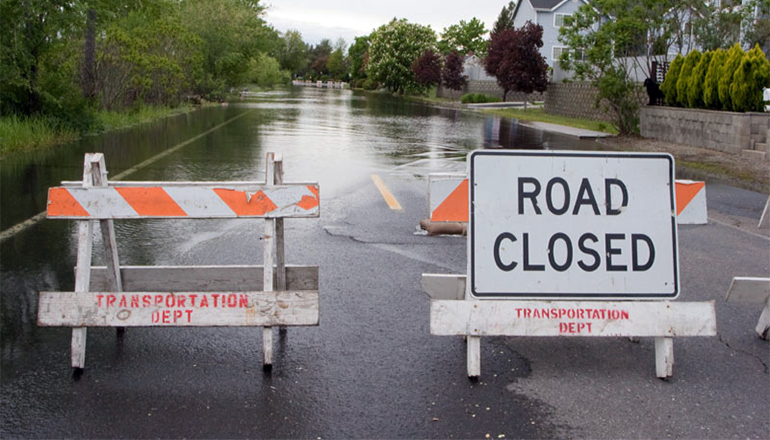 Flooding along the Missouri River has devastated parts of Iowa, Nebraska, Missouri, and Kansas. In addition to the continued closure of Interstate 29 and many other routes throughout Northwest Missouri, receding floodwaters in Atchison and Holt counties have exposed damage to roadways and bridges that may require emergency contracts. An estimated date for reopening the following roadways and bridges is not known at this time:

U.S. Route 136 – Will remain closed until further notice from I-29 to the Missouri River due to:

Route P – Will remain closed until further notice due to surface damage between Route 118 and U.S. Route 159

U.S. Route 159 – Will remain closed until further notice from Route P near Fortescue to the Missouri River due to:

Barricades placed at flooded roadways and bridges are to prevent drivers of all vehicles and pedestrians from using the roadway. Never go around barricades. Even a small amount of water on a roadway can mask the hidden dangers of washed out or damaged road below the water’s surface. Barricades are there for your protection.