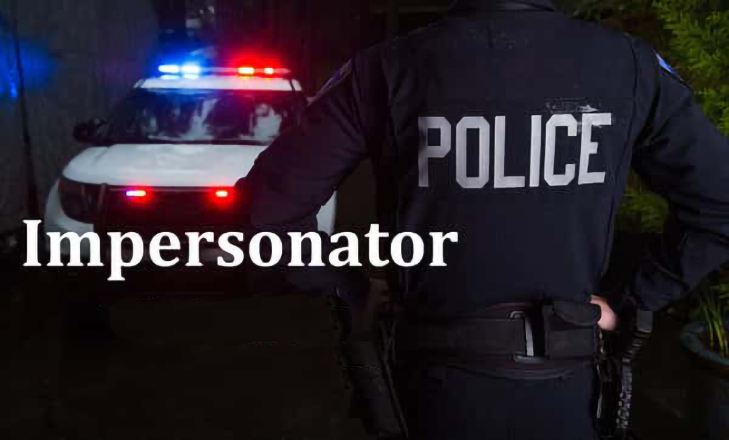 The Highway Patrol reports a white man wearing a law enforcement-style uniform impersonated a police officer in Daviess County on Tuesday morning, June 15. The vehicle the man drove was described as a black Dodge Charger with police markings and emergency lights inside.

The vehicle stopped someone on Highway 6 near Gallatin, with the man reportedly representing himself as a law enforcement officer.  He issued the citizen citations from the state of New York.

The Patrol notes an unknown make of a white cargo-style van driving in front of the citizen’s vehicle that might have been working in conjunction with the individual posing as a law enforcement officer.

The Daviess County Sheriff’s Office is investigating. Anyone with information is asked to contact the sheriff’s office at 660-663-2031.