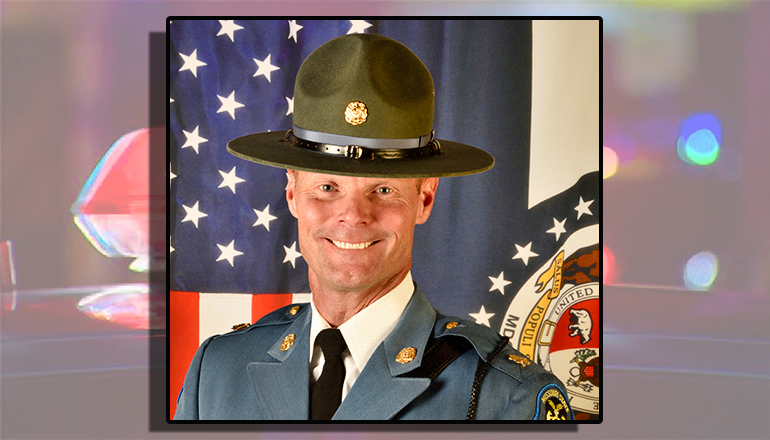 The superintendent of the Missouri State Highway Patrol, announces Major Lance M. MacLaughlin is being promoted to the rank of lieutenant colonel effective January 1, 2021, and will serve as the assistant superintendent. In addition to acting in the superintendent’s absence and at his request, Lieutenant Colonel MacLaughlin has direct oversight over the Professional Standards Division, Public Information and Education Division, and the Patrol’s legal counsel.

MacLaughlin joined the Patrol on July 1, 1995, as a member of the 70th Recruit Class. Upon graduating from the Patrol’s Law Enforcement Academy, he was assigned to Troop A, Zone 1, Platte County. He transferred to Zone 10, Saline County, in May 1997. MacLaughlin was promoted to corporal on August 1, 2001, and was designated assistant zone supervisor of Zone 10. On November 16, 2003, he was promoted to sergeant and designated zone supervisor of Zone 16, Benton County. On January 1, 2006, he transferred to the Training Division, General Headquarters, Jefferson City, as an instructor. In August of that same year, he transferred to the Professional Standards Division. MacLaughlin was promoted to lieutenant on July 1, 2007. He was designated assistant director of the Professional Standards Division on June 1, 2011. He was promoted to captain and designated director of the Budget and Procurement Division on September 1, 2012. MacLaughlin was promoted to the rank of major and designated commander of the Executive Services Bureau on September 1, 2017. As a major, he served as a member of the Patrol’s Command Staff with direct oversight responsibility for the Budget and Procurement Division, Governor’s Security Division, Research and Development Division, and legislative liaison.

Lieutenant Colonel MacLaughlin was born in Fort Benning, GA. He graduated from Marshall High School, Marshall, MO, in 1988. He earned a Bachelor of Science in sociology from Missouri Valley College, Marshall, MO, in 1991. In 2000, he earned his Master of Science in criminal justice administration from the University of Central Missouri (then Central Missouri State University). Lt. Col. MacLaughlin and his wife, Teri, have four sons, Bradley, Ian, Conner, and Cooper.