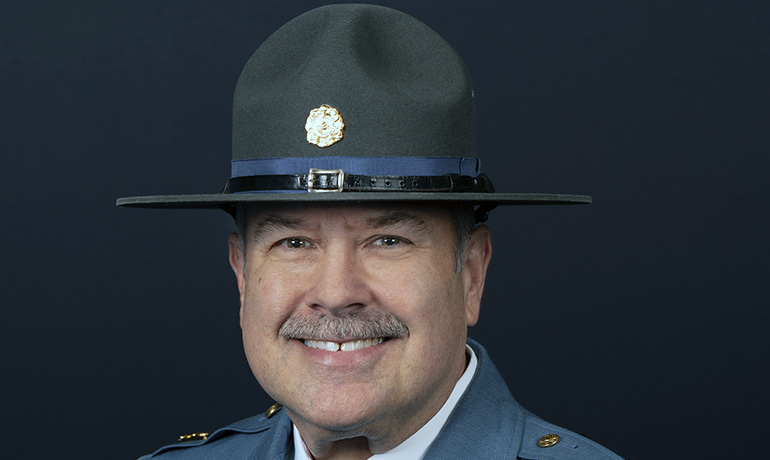 Smith was born in Columbia, MO. He graduated from Fayette High School in Fayette, MO, in 1985. Before joining the Patrol, he was a student at Central Missouri State University in Warrensburg, now known as the University of Central Missouri. He received an Associate of Applied Science in criminal justice from Mineral Area College. Major Smith and his wife, Stephanie, have two daughters, Rachael (husband, Lane) and Grace, and a grandson, Davis.