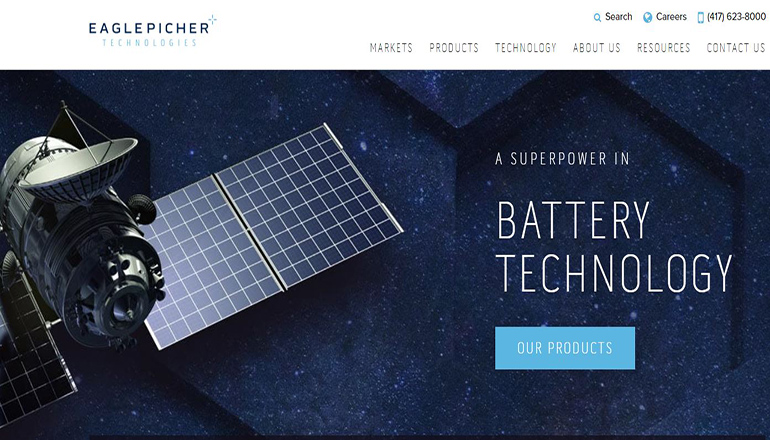 The new Mars rover is powered by batteries manufactured by EaglePicher Technologies in Joplin, Missouri.

There were 14 EaglePicher silver-zinc batteries on the Atlas V launch rocket. Two of the company’s thermal batteries powered the spacecraft during entry, descent, and landing stages, including igniting the pyrotechnics that opened parachutes. The rover’s main power system consists of two EaglePicher batteries that function independently from the other, in case of failure.

Perseverance is the largest rover to date sent by NASA to the surface of Mars. It has a 7-foot robotic arm that can drill and grip to collect rock samples. Perseverance has a total of twenty three cameras.  Seven of the cameras were devoted to entry, descent, and landing, there are 9 cameras devoted to engineering and seven for the science that will be conducted by the rover.

There are also two microphones that will allow us to hear the red planet for the first time. Onboard are 43 sample tubes that will be used to store rock and soil samples as NASA prepares a follow-up mission to collect those samples, with the goal of bringing them back to Earth.

You can click the photo below to see a full-size image of Perseverance in a new browser window.