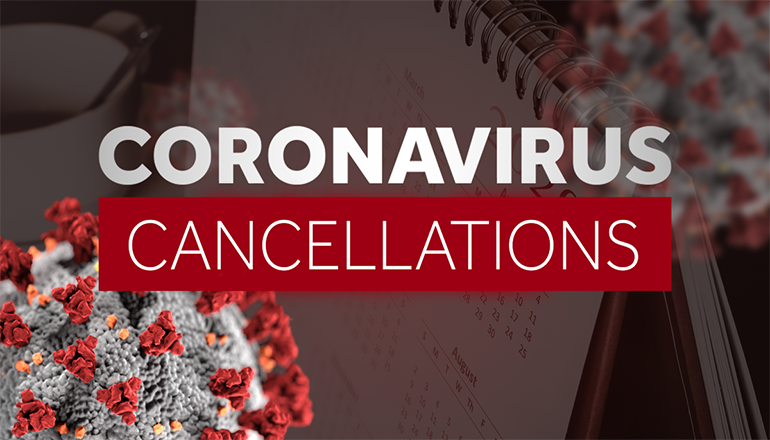 KTTN has received notice of several announcements that are due to precautions taken out of concerns for the Coronavirus.

Grundy County Jewett-Norris Library in Trenton will be closed as of March 17th and possibly longer.  The Jewett-Norris library has canceled the children’s story hour on Wednesdays.

The Livingston County Library in Chillicothe is closed until April 6th with all programs and outreach suspended as of this time.

Sullivan County Health Department in Milan will be closed to the public as of March 17th until April 1st. There are no Coronavirus cases known in Sullivan county.

Pearl’s Residential Care and Pearls Two Eden for Elders at Princeton will not be accepting visitors until the Covid 19 concerns have passed.

Grundy Electric Cooperative has closed its business offices effective today. Members may make payments by mail, the online billing portal, or use the drop box located outside of the offices in Trenton, Princeton, and the Bethany warehouse.

The Jamesport Community Association has postponed by a month, their March 27th fish fry until the 24th of April.

The North Central Electric Coop in Milan has closed its lobby to the public. The company will re-evaluate the situation on March 30th for further action. Customers may pay their bills online, by phone at 660-262-4404 or 800-279-2264, or by dropping payments in the night deposit box outside the coop.

Goof Troop at the Galt Christian Church is canceled for the rest of the school year.

Trenton First Assembly of God is canceling all services until further notice. Sunday services at 10 o’clock will be streamed live on the Trenton First AG Facebook page.

Trenton First Christian Church is canceling its services and activities at its facilities until further notice.

South Evans Christian Church north of Trenton will be closed for the next two weeks.

The Church Women United Thrift Store of Trenton is closed until further notice. The public is asked to not leave donations. No work or sale days are scheduled at this time.

The Mercer County Library will be closed Wednesday, March 18 through April 6th.

The Stacy Center Board met Monday night, March 16th. To ensure the safety of our members and employees, officials will close the Stacy Center for approximately 3 weeks. This closing begins at 8 pm Tuesday, March 17, 2020. Officials will reevaluate the situation on March 31st with a tentative date of reopening the Stacy Center on April 4th. This also includes the Iddy Biddy basketball games that have been canceled for the next 2 Saturdays.

Activities have been suspended until further notice at the Hodge Presbyterian Church in Trenton. That includes the use of the church facilities by any group. An online delivery method is being developed for the Sunday message.

Activities and services are canceled until further notice at Wesley United Methodist Church in Trenton.

The First Baptist Church in Browning will not have services on March 22nd or 29th. The church plans to resume services on April 5th.

The lobby is closed until further notice at the Citizens Bank and Trust of Trenton. Customers are asked to use the drive-thru, ATMs, online banking, or mobile banking. Anyone needing in-person support should schedule an appointment at 359-2232.

All BTC Bank locations will operate as a drive-thru only beginning Thursday, March 19 until further notice. Customers are encouraged to use the drive-thru as well as online, mobile, telephone, and ATM channels for transactional services.

McDonald’s dining rooms are open for take-out and restroom use only. Drive-thrus are open, and curbside pickup will continue to be offered through the mobile app.

The Chillicothe Area Arts Council has canceled the April 7th performance of The Emperor’s New Clothes.

The Browning United Methodist Church will not have services on March 22nd or 29th or April 5th.

Zippity’s at Princeton is closed until further notice.

All Farmers State Bank locations will provide drive-thru service only until further notice. Customers can also use online banking, the mobile app, or ATMs. Call a local branch if additional service is needed.

Starting March 24th the Suddenlink office will be closed to the public until further notice. You may drop payments off in the dropbox and there signs on the door for instructions on other issues.

The Gallatin Theater League has postponed this weeks’ performances of the play Independence Day at Happy Meadows. A spokesperson says participants hope to present the play in late May – but announcements will be made prior to then.

The North Central Missouri College Golf Tournament scheduled for April 25, 2020, has been canceled in compliance with precautionary measures being taken by North Central Missouri College due to COVID-19 (coronavirus). Registered teams will be contacted for cancellation procedures. Plans are in place for a new date in the fall. For questions regarding the NCMC Golf Tournament, contact Donnie Hillerman at [email protected] or 314-277-2803.

There will be no Disabled American Veterans Chapter 60 meetings in Trenton until further notice.

(NEW) The April 14th LEPC meeting has been canceled

(NEW) The Grundy County RSVP Volunteer Banquet scheduled for April 28th has been postponed to a later date yet to be announced.

(NEW) The Princeton First Baptist Church will only have services online until further notice.