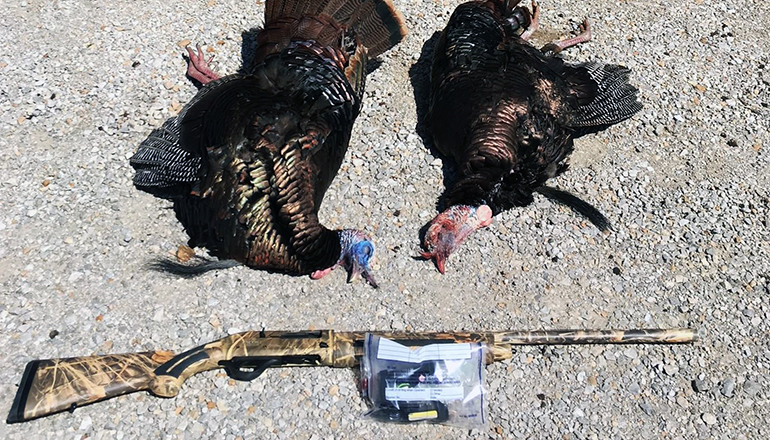 Livingston County Conservation agent Caleb Pryor is reporting the arrest of two men on allegations of firearms and drug charges.

Pryor was patrolling the Poosey Conservation Area on the opening day of turkey season when he made contact with two turkey hunters. Both men had taken turkeys and according to Pryor, were in the process of telechecking the birds.

During a check of hunting equipment, it was discovered the shotgun was unplugged (capable of holding more than three shells) which is illegal. During a check of the individuals, Agent Pryor also discovered both men were convicted felons, meaning they were not allowed to possess firearms. Pryor also located marijuana and drug paraphernalia during the arrest.

Both men were transported to the Livingston County Sheriff’s Department where additional charges are pending. The turkeys, shotgun, drugs, and drug paraphernalia were seized. The turkeys were donated to a local family.

The names of the individuals were not disclosed and Agent Pryor asks the public to contact your local Conservation Agent or call Operation Game Thief at 800-392-1111 to report wildlife violation.