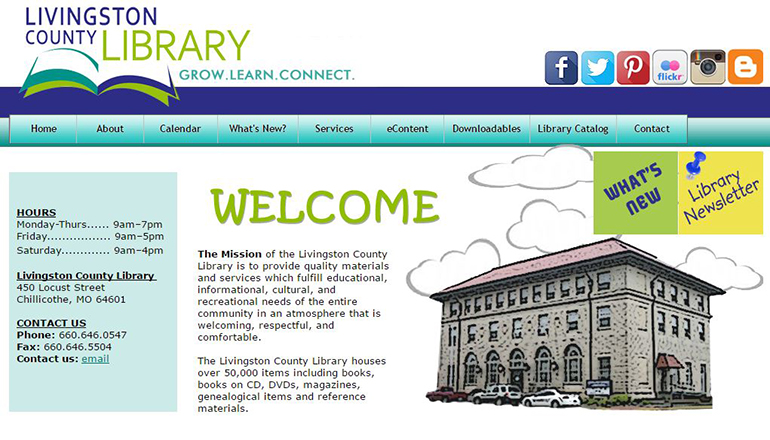 The Livingston County Children’s Library is scheduled to be closed next month in preparation for its move to the new Lillian DesMarias Youth Branch. The closure will start August 3rd, and the library asks patrons to stock up on items they want from the Children’s Department before that date. The Ellison Cutters will not be available during that time, so plans to cut back to school items early should be made as well.

The move is anticipated to take place on August 10th. An opening date is to be announced.

The Lillian DesMarias Youth Branch will serve children from birth through 18 years old. The new building will include study and programming rooms, a dedicated storytime room, and a nursing room.

The Children’s Department phone number will not be available starting Monday, July 20th as the phone company prepares to transfer services to the new building. Patrons are asked to call the Livingston County Library’s main number to reach Children’s Services during the time of transition. The library’s main number is 660-646-0547. Once the transition has been made, the Children’s number will be available again. That number is 646-0563.

The initial funding for the trust that led to the creation of the youth branch was provided by a lead donation from the Lillian DesMarias Trust.

DesMarias was the Livingston County Library director from 1970 to 1980. The library notes she was instrumental in getting the original elevator and establishing a separate Children’s Library in the basement of the current library in Chillicothe.

DesMarias had a Master of Arts Degree in Library Science and worked in several libraries throughout her career. She died in 2012 at the age of 99.