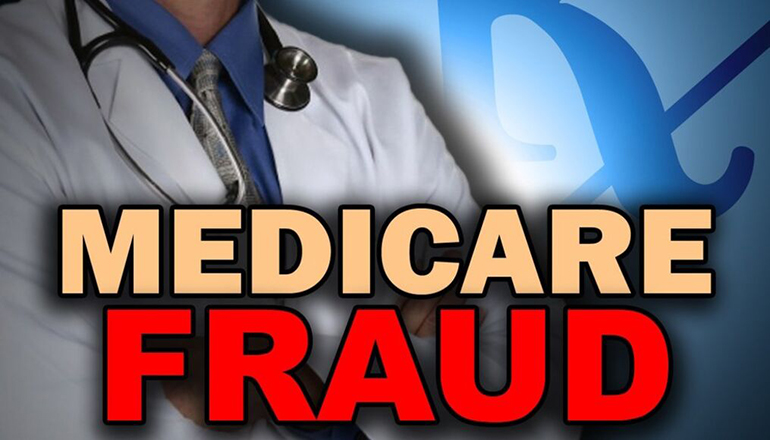 A Lenexa, Kansas, man, and woman have been indicted by a federal grand jury for their roles in a $2.9 million conspiracy to defraud Medicare.

The federal indictment alleges that Chin and Sword participated in a conspiracy to pay bribes and receive kickbacks for the referral of Medicare beneficiary information that was used to submit $2,927,706 in claims to Medicare from February 2019 through September 2019. Medicare actually paid out approximately $861,399 to two laboratories that submitted those claims.

In addition to the conspiracy, Chin and Sword are charged with 22 counts of wire fraud.

Genetic testing is used to indicate whether there is a higher risk of developing certain types of cancer or to assess how the body’s genetic makeup would affect its response to certain medications. To conduct genetic testing, a laboratory is needed to obtain a DNA specimen from the patient. Specimens were typically obtained from the patient’s saliva by using a cheek swab to collect cells.

Marketers collected Medicare personal identifying information from Medicare beneficiaries, along with the swabs. Healthcare providers, such as doctors, then signed orders for genetic tests that were, in turn, used to bill Medicare for those tests.

Operating through Senior Community Care, the indictment says, Chin and Sword were marketers and patient recruiters for MBM Solutions, a Florida company involved in marketing genetic tests to Medicare beneficiaries. Chin and Sword allegedly received kickbacks and bribes from MBM in exchange for the referral of Medicare beneficiaries for genetic tests and doctors’ orders for those tests.

Senior Community Care was one of the other marketing sub-groups that operated in a payment structure that included MBM and Momentum Sales & Marketing, whose owners are being prosecuted in other districts. Because Chin and Sword were involved in this multi-level scheme to defraud Medicare, the indictment says, they were paid kickbacks and bribes by MBM. Chin and Sword allegedly paid kickbacks and bribes to their Senior Community Care marketers in exchange for the referral of Medicare beneficiaries for genetic tests.

Between April 15 and Aug. 30, 2019, MBM paid Chin and Sword approximately $95,348 by making 14 electronic deposits into their account. These payments allegedly were made in exchange for the referral of Medicare beneficiaries for genetic testing and, as such, were illegal kickbacks.

Between June 19 and Sept. 4, 2019, Chin and Sword allegedly withdrew a total of $34,458 from their bank account and used those funds to compensate Senior Community Care marketers for genetic testing referrals and, as such, those payments were illegal kickbacks.

The federal indictment also contains a forfeiture count, which would require Chin and Sword to forfeit to the government any property derived from the proceeds of the alleged wire fraud, including a money judgment in the amount of $95,348.

This case is being prosecuted by Assistant U.S. Attorney Cindi Woolery. It was investigated by the Department of Health and Human Services, Office of Inspector General.