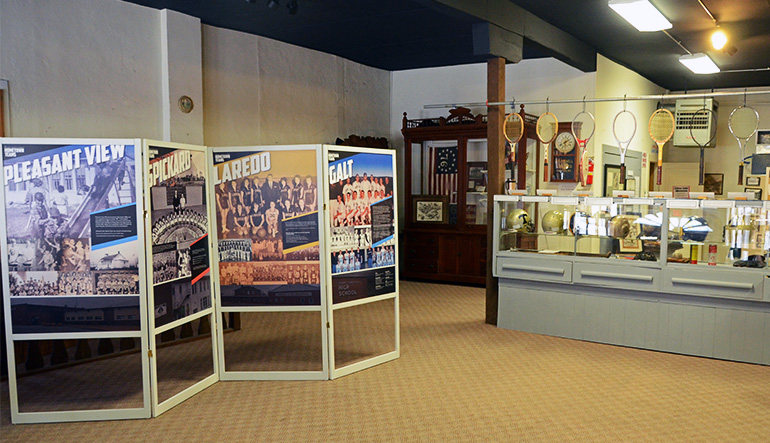 Although the Smithsonian component of the Hometown Teams exhibit departed July 1 the locally produced sports exhibit continues through the Missouri Day Festival weekend in October.

In addition to a display of sports equipment and school memorabilia, such as uniforms and trophies, 25 information and photo panels highlight each of Grundy County’s five schools and all the sports played by high school teams. Video interviews run continuously as local sports personalities recall their experiences as players and coaches.

If you’ve ever wondered who Burleigh Grimes was, the museum “tells all!” “Ol Stubble Beard,” as he was called, pitched 314 complete games, won “20 games” five times, managed the Brooklyn Dodgers and is in the Baseball Hall of Fame, and yes, he also lived in Trenton. You can learn more at the museum.