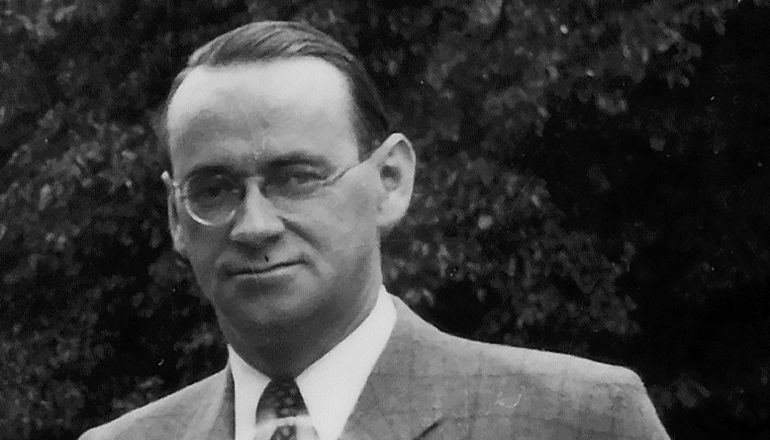 U.S. Senators Roy Blunt (Mo.) and Bob Casey (Pa.) introduced a resolution honoring Carl Lutz, a Swiss diplomat who saved more than 50,000 people – half of the surviving Jewish population of Budapest – from deportation to concentration camps during the Holocaust.

While working in Nazi-occupied Hungary, Lutz obtained permission from Nazi leadership to issue 8,000 letters of diplomatic protection. Anyone holding these protective papers was considered to be under Swiss protection and exempt from deportation. Instead of issuing these protective papers to 8,000 Jewish individuals, Lutz issued them to entire family units, ensuring protection for thousands more Jews who faced deportation. Additionally, Lutz also placed 76 buildings under Swiss diplomatic protection, where he was able to house thousands of Hungarian Jews who had lost their homes. Lutz’s efforts marked the largest civilian rescue mission of World War II. Lutz attended Central Wesleyan College in Warrenton, Mo., and worked in Philadelphia, Pa., and St. Louis, Mo., as a Swiss diplomat.

“Carl Lutz is a hero in the truest sense of the word,” said Blunt. “In the face of unthinkable horrors, Lutz put his own life at risk to facilitate the largest civilian rescue mission of Jews during World War II. I’m proud to introduce this resolution with Senator Casey to honor a remarkable man and ensure his incredible acts of selflessness and bravery are remembered for years to come.”

“With anti-Semitism on the rise, we must never forget the millions of lives lost during the Holocaust and the stories of the brave men and women who put their lives on the line to save others from Nazi persecution,” said Casey. “I am pleased to introduce a bipartisan resolution to honor Carl Lutz for his act of valor, which saved tens of thousands of Hungarian Jews from deportation to Auschwitz concentration camp.”

“I feel truly touched and deeply honored that senators should declare recognition in the U.S. Congress of my stepfather, Carl Lutz,” said Agnes Hirschi, Holocaust survivor, stepdaughter of Carl Lutz, and President of the Carl Lutz Society. “His 20 years in the USA were invaluable for his diplomatic career as a Swiss diplomat after graduation from the George Washington University. He served at the Swiss Legation in Washington, D.C., later at the Swiss Consulate in Philadelphia, and before returning to Switzerland also in St. Louis. That is where he met his first wife and forged happy and lasting links with that city. The valuable experience he gained in America helped him later to fulfill his mission to save tens of thousands of Jewish lives in Budapest.”

“While others stood by and did nothing, Carl Lutz risked his life and career to rescue tens of thousands of Jews during the Holocaust,” said Don Hannon, St. Louis Kaplan Feldman Holocaust Museum Acting Executive Director. “Lutz’s story is relatively unknown, but we are working to change that. Sharing his story teaches our students what empathy and courage look like in action. As our world continues to face hatred and division in so many places, that lesson is more important than ever before. We are proud to work with Senator Blunt and Senator Casey to honor this former Missourian’s story so that Carl Lutz will be a forgotten hero no more.”

“We are always looking to recognize our heroes and this tribute is a beautiful way to do that,” said Mark Wilf, son, and grandson of Holocaust survivors and Chairman of The Jewish Federations of North America. “We owe a huge debt of gratitude to those who risked their own lives to save others. Carl Lutz will be remembered for his heroism and serving as an example for others.”

Companion legislation was introduced in the House by U.S. Representative Blaine Luetkemeyer (Mo.).