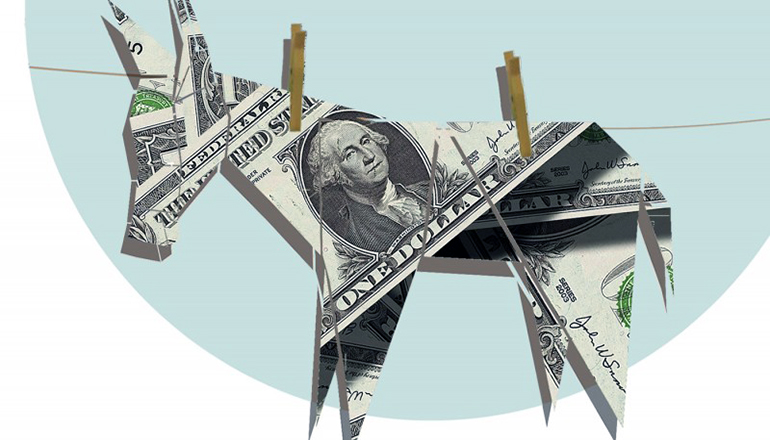 The U.S. Department of Justice, the FBI, the U.S. Postal Inspection Service, and six other federal law enforcement agencies announced the completion of the third annual Money Mule Initiative, a coordinated operation to disrupt the networks through which transnational fraudsters move the proceeds of their crimes.

Money mules are individuals who assist fraudsters by receiving money from victims of fraud and forwarding it to the fraud organizers, many of whom are located abroad.  Some money mules know they are assisting fraudsters, but others are unaware that their actions enable fraudsters’ efforts to swindle money from consumers, businesses, and government unemployment funds.  Europol announced a simultaneous effort, the European Money Mule Action today.

“Money mules fuel fraud against some of America’s most vulnerable populations. Without the help of these money mules, many foreign fraud enterprises find it difficult to profit off of U.S. victims,” said Attorney General William P. Barr. “As this initiative demonstrates, the Department of Justice is committed to disrupting money mule networks, taking actions against more money mules this year than ever before, in an effort to cut off the flow of funds from American consumers and businesses to transnational criminal organizations.”

Some highlights from this year’s efforts are:

Additionally, more than 35 individuals were criminally charged or arrested for their roles in receiving victim payments and forwarding the fraud proceeds to accomplices or laundering fraud proceeds. Cases include:

The above charges are merely allegations, and the defendants are presumed innocent unless and until proven guilty beyond a reasonable doubt in a court of law.

“The success of the Money Mule Initiative is the culmination of the hard work by and coordination between the FBI and our federal, state, local, and international partners,” said FBI Director Christopher Wray.  “This campaign has resulted in hundreds of criminal arrests worldwide and justice for countless victims.  Today’s announcement should send a clear message to those engaged in this type of criminal activity: they are not outside the reach of law enforcement, and the FBI and its partners will relentlessly pursue them in order to protect the American people.”

“The Postal Inspection Service has zero-tolerance for fraudsters who use the U.S. Mail to transport funds from scammed victims,” said Chief Postal Inspector Gary Barksdale.  “Postal Inspectors use cutting-edge technology to build strong cases and campaigns like those announced today, which make significant progress towards disrupting money mule networks.  Postal Inspectors and our law enforcement partners will be relentless in the pursuit of criminal organizations that perpetrate these schemes.”

The agencies participating in the Money Mule Initiative and community partners are undertaking an outreach campaign to increase awareness of how fraudsters use and recruit money mules. U.S. Attorney’s Offices across the country, through their Elder Justice Coordinators, will be reaching out to their communities to educate the public about money mules.  AmeriCorp Seniors (formerly Senior Corps) will be working to increase awareness of how money mules facilitate fraud and how consumers can avoid unwittingly assisting fraud schemes.

Additionally, the American Bankers Association will be engaging with its members on money mules and the role of financial institutions in addressing the problem.  The Department of Justice will also be distributing resources for state and local law enforcement on identifying, disrupting, investigating, and prosecuting money mules.

To find public education materials, as well as information about how fraudsters use and recruit money mules, please visit the Department of Justice website.

Since President Trump signed the bipartisan Elder Abuse Prevention and Prosecution Act (EAPPA) into law, the Department of Justice has participated in hundreds of enforcement actions in criminal and civil cases that targeted or disproportionately affected seniors.  In January 2020, the department designated “Preventing and Disrupting Transnational Elder Fraud” as an Agency Priority Goal, one of its top four priorities.  In March 2020, the department announced the largest elder fraud enforcement action in American history, charging more than 400 defendants in a nationwide elder fraud sweep.  The department has also conducted hundreds of training and outreach sessions across the country since the passage of the Act.

The department’s extensive efforts to combat elder fraud seek to halt the billions of dollars seniors lose each year to fraud schemes, including those perpetrated by transnational criminal organizations.  The best method for prevention, however, is sharing information about the various types of elder fraud schemes with relatives, friends, neighbors, and other seniors who can use that information to protect themselves.

If you or someone you know is age 60 or older and has been a victim of financial fraud, help is standing by at the National Elder Fraud Hotline: 1-833-FRAUD-11 (1-833-372-8311).  This U.S. Department of Justice hotline, managed by the Office for Victims of Crime, is staffed by experienced professionals who provide personalized support to callers by assessing the needs of the victim and identifying relevant next steps.  Case managers will identify appropriate reporting agencies, provide information to callers to assist them in reporting, connect callers directly with appropriate agencies, and provide resources and referrals, on a case-by-case basis.  Reporting is the first step.  Reporting can help authorities identify those who commit fraud and reporting certain financial losses due to fraud as soon as possible can increase the likelihood of recovering losses.  The hotline is staffed seven days a week from 6:00 a.m. to 11:00 p.m. eastern time. English, Spanish, and other languages are available.