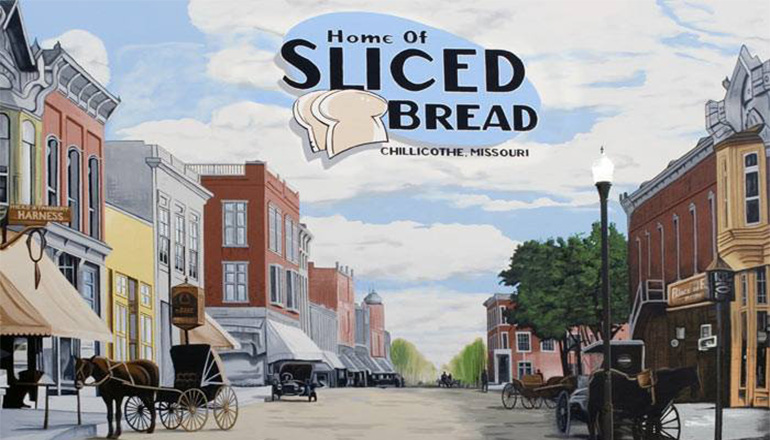 Multiple activities will be held as part of the Sliced Bread Day 90th Year Celebration in Chillicothe in July.

Chillicothe Area Arts Council Administrator Mary Lou VanDeventer says a tentative schedule has been released for the celebration July 7th and 8th. The Grand River Museum plans to hold a bread contest with State Representative Rusty Black as the judge, as well as a vintage flea market that Saturday from 10 o’clock in the morning to 4:30 in the afternoon and Sunday from 1 to 4 o’clock in the afternoon.

VanDeventer notes vendor spaces are available for the flea market and says that many other activities are tentatively scheduled for July 7th. Those include the Livingston County Library and Main Street Chillicothe hosting three workshops with nationally-renowned preservationist Bob Yapp from 10 o’clock in the morning to 3 o’clock in the afternoon.

Main Street Chillicothe also plans to hold a parade at 10 o’clock in the morning. The Cultural Corner Art Guild and Gallery want to hold a craft activity pertaining to bread. The Freedom Festival is planned at Simpson Park with the festival to include a large fireworks show, live music, and a bounce house and other activities for children.

The YMCA plans to hold a 5K run beginning at the YMCA and ending at the Silver Moon Plaza with registration at 8 o’clock that Saturday morning. A farmers market will open from 8 o’clock to noon. The North Missouri Center for Youth and Families plans to hold a French toast breakfast.

A Jam Fest that will include musical performances is also being planned at the Silver Moon Plaza and the Arts Council will also hold performances during the Sliced Bread Jam Bluegrass Festival at the Gary Dickinson Performing Arts Center in Chillicothe that weekend. The Clint Campbell Family and the Petersen Family Bluegrass will perform the afternoon of July 7th at 3 o’clock. Admission will cost $10 for adults and $5 for students in kindergarten through college.

Rhonda Vincent and the Rage will perform the afternoon of July 8th at 3 o’clock with admission for that show $20 for adults or $7 for students.