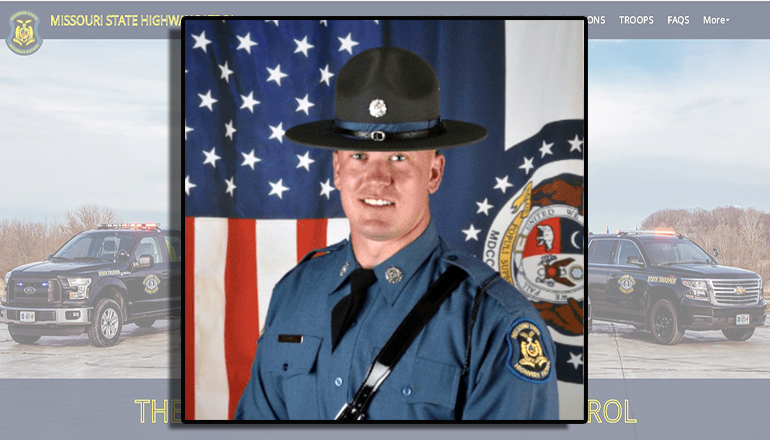 Captain Erik A. Gottman, commanding officer of Troop B, Macon, announces Trooper Graydon L. Gaines is being promoted to the rank of Corporal effective January 1, 2021, and will be designated the assistant zone commander of Zone 5, Adair and Schuyler Counties.

Corporal Gaines was appointed to the Patrol on July 1, 2011. After graduating from the Patrol’s Law Enforcement Academy in Jefferson City, he was assigned to Troop B, Zone 10, Randolph, and Monroe Counties. In 2013, he transferred to Zone 5, Adair and Schuyler Counties.

Corporal Gaines is a native of Kirksville, Missouri, and graduated from Kirksville High School. Before being appointed to the Patrol, he attended Truman State University in Kirksville, Missouri. He is currently serving in the Missouri National Guard as the company commander of the 1438th Engineer Company (Multi-Role Bridge Company) out of Macon, Missouri. He is married to Ashley (McDougal), and they have two daughters, Mackinlee, age 5, and Brynlee, age 1.