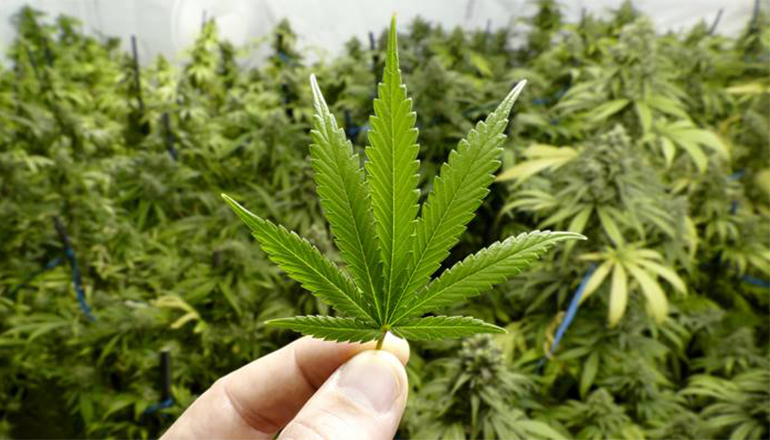 (Missouri Independent) – A Cole County Circuit Court Judge Friday dismissed a lawsuit that sought to block an initiative petition to legalize recreational marijuana from appearing on the November ballot.

A day after a three-hour hearing, Cole County Judge Cotton Walker determined Joy Sweeney, an anti-drug legalization activist who filed the lawsuit, lacked standing to sue because she hadn’t proven she was a Missouri citizen.

Despite dismissing the case over lack of standing, in his ruling Walker wrote that if he had decided the case on its merits he would have sided with Secretary of State Jay Ashcroft and Legal Missouri, the campaign backing the initiative petition to legalize marijuana.

The initiative petition only contained a single subject and it had a valid number of signatures to appear on the ballot after a “legally authorized” review by Ashcroft’s office, Walker concluded.

Taylor White, an attorney for Sweeney, filed a notice of appeal to the Western District Court of Appeals on Friday afternoon. The courts face a Sept. 13 deadline to determine whether the initiative petition will appear on the ballot.

The focus of Thursday’s three-hour hearing was on the unprecedented method Ashcroft’s office used to certify that the marijuana petition had enough signatures to appear on the ballot. Sweeney’s attorneys argued Ashcroft overstepped his legal authority by reviewing and validating signatures local election officials had marked as invalid. In his ruling, Walker disagreed.

Walker wrote that Ashcroft fulfilled his duties under state law, which are not intended to “force the secretary to rubber stamp the work of the (local election authorities), no matter how flawed, but to make sure the verification of signatures is correct and accurate.”

In a statement Friday, Ashcroft said that his office responded “efficiently and appropriately to the thousands of signatures turned in.”

“Foremost, we did the right thing in certifying this measure to the ballot within the bounds of the constitution and the laws passed by the general assembly,” he said. “We followed the law — we did everything right.”

John Payne, Legal Missouri’s campaign manager, celebrated Walker’s ruling in a statement Friday, calling it “another step towards the historic passage of this citizen-led initiative to regulate, tax and legalize marijuana in Missouri.”

“We are thrilled that Missourians will have the opportunity to pass Amendment 3 in November, which will allow law enforcement to better focus on violent crime, while bringing millions in new revenue to Missouri,” Payne said.

In his ruling, Walker said that based on the evidence and credible testimony of Chrissy Peters, the secretary of state’s director of elections, the initiative petition had gained a sufficient number of valid signatures in six of the eight congressional districts as required by the Missouri Constitution.

What’s more, there was no evidence submitted “that there were not, in fact, sufficient signatures to certify the initiative for the November ballot,” Walker wrote.

Sweeney’s attorneys argued Thursday they had been unable to conduct a line-by-line signature review to present such evidence because unredacted copies of voter registration records were not provided by the secretary of state until 6:43 p.m. the night before Thursday’s hearing.

Luke Niforatos, the CEO of Protect Our Kids PAC, a Colorado-based super PAC launched earlier this year that opposes the legalization of drugs and is supporting Sweeney’s lawsuit, said it’s an example of how Ashcroft’s office has been “slow-walking” the information requested in order to run out the clock before the Sept. 13 deadline.

Niforatos said Ashcroft’s office has on hand information that would verify Sweeney is a registered Missouri voter and legal resident, and he hopes to see the appeals court rule on the underlying arguments of the case.

“We are extremely disappointed that they dismissed this based on a technicality that was not true,” Niforatos said. “And frankly, it’s the continuation of smoke and mirrors from the start. Thousands of signatures that were ruled invalid all of a sudden are valid.”

The Independent previously reported that when it appeared the Legal Missouri campaign would be short of the necessary signatures to make the ballot, it reached out to Ashcroft’s office requesting an independent review of signatures it felt had been erroneously invalidated — avoiding the typical court process used to challenge certification that is outlined in state law.

Peters testified Thursday that the office focused on the two congressional districts the campaign identified as having errors, that the office did not also review signatures marked valid to see if they should have actually been invalidated and that it did not contact local election officials about the errors or to let them know they were overruling their work.

The secretary of state has the ultimate authority to determine whether an initiative petition is sufficient, Walker wrote in his ruling, and is authorized under state law to “review, verify, and validate signatures that are incorrectly and inaccurately annotated invalid by a” local election authority.

Ashcroft’s review, “meant that citizens did not have to bring a suit in this court to review tens of thousands of signatures just to have a court reach the same determination made by the secretary — that the work of the (local election authorities) was inaccurate,” Walker wrote.

Walker also found that the initiative petition did not change multiple subjects of the Missouri Constitution in violation of single-subject rules, as Sweeney’s attorneys argued, as all its provisions relate to marijuana.

Attorneys for Ashcroft and Legal Missouri had argued Thursday that Sweeney lacked standing because she was not a Jefferson City resident as claimed.

They pointed to her job in Washington, D.C., where she serves as the deputy director of training, technical assistance and community outreach for Community Anti-Drug Coalitions of America, a group of community coalitions that aim to prevent substance use and abuse, and the fact that she owns a condo in Alexandria, Virginia.

“There has been no evidence showing that plaintiff Sweeney is actually a Missouri resident, and thus she would not have standing,” Jason Lewis, the attorney general office’s chief counsel for governmental affairs who defended the secretary of state’s office said during Thursday’s hearing. “She’s the only plaintiff in this case to bring this lawsuit.”

While Sweeney testified virtually from Virginia during Thursday’s hearing and answered questions regarding her Missouri residency, her testimony was taken after her attorneys had already rested their case.

Sweeney had testified that this year she spent the majority of her time in Missouri and also has a home and is registered to vote in Missouri.