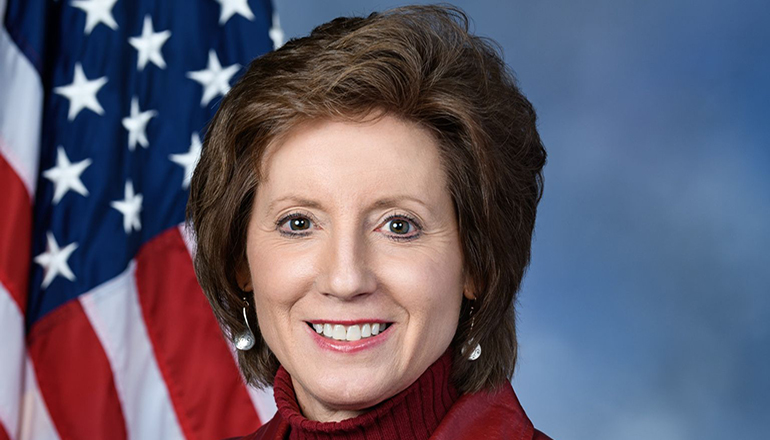 Hawley made the announcement at the Missouri GOP’s annual Lincoln Days event in St. Charles.

Hartzler is part of a six-way primary, with former Gov. Eric Greitens and Missouri Attorney General Eric Schmitt considered the campaign’s frontrunners. Hawley’s endorsement will likely shake up that dynamic.

“Vicky is someone who I’m confident has the integrity, the character, and the toughness to do this job,” Hawley said.

A recent poll conducted for the political newsletter Missouri Scout found Greitens continuing to hold a lead. The former governor garnered 28%, followed by Schmitt with 23% and U.S. Rep. Vicky Hartzler with 19%. The other candidates didn’t break into double digits, and 17% were undecided.

It has long been expected that Hawley would wade into the primary in order to stop Greitens.

The two Republicans have never gotten along.

Both were elected as first-time candidates in 2016  — Greitens as governor, Hawley as attorney general.

Rumblings of discord between the two camps percolated constantly behind the scenes during their first year in office, with the two young, ambitious Republicans almost immediately both eying higher office. Greitens was angling for a future run for the White House, and Hawley was the party’s likely candidate for U.S. Senate.

When Greitens’ downfall first began in January 2018, as numerous scandals emerged from his past, Hawley stayed quiet.

But his silence didn’t last long.

When a legislative committee released a report documenting allegations against Greitens of violent sexual misconduct, Hawley was among the first prominent Republicans to call for him to step down.

A woman with whom Greitens had an affair in 2015 testified under oath that of led her down to his basement, taped her hands to pull-up rings, blindfolded her, spit water into her mouth, ripped open her shirt, pulled down her pants, and took a photo without her consent.

Not long after his call for Greitens to resign, Hawley began working to push Greitens out of office, culminating when he convened a press conference to announce he had discovered evidence that Greitens had committed a felony by misusing the donor list of a veterans charity he had founded.

Greitens called the allegations ridiculous and said Hawley “was better at press conferences than the law.”

Greitens resigned in 2018 to avoid impeachment and as part of a plea deal to dismiss the computer tampering charge.

Many Republicans worry Greitens’ attempt at a political comeback could result in Democrats capturing the U.S. Senate seat being vacated by the retirement of Roy Blunt.

“We cannot give up this seat,” Hawley said Saturday, never specifically mentioning Greitens. He later added: “If we give up a Republican seat in Missouri, it’s going to be hard to retake the Senate.”

Hawley and Hartzler sparked chatter about a possible endorsement last week when they teamed up to call for a ban on stock trading in Congress. Hartzler also hired the consulting firm OnMessage to run her campaign. The company has helped propel Hawley’s rise in politics, first with his race for attorney general in 2016 and again in 2018 for the U.S. Senate.