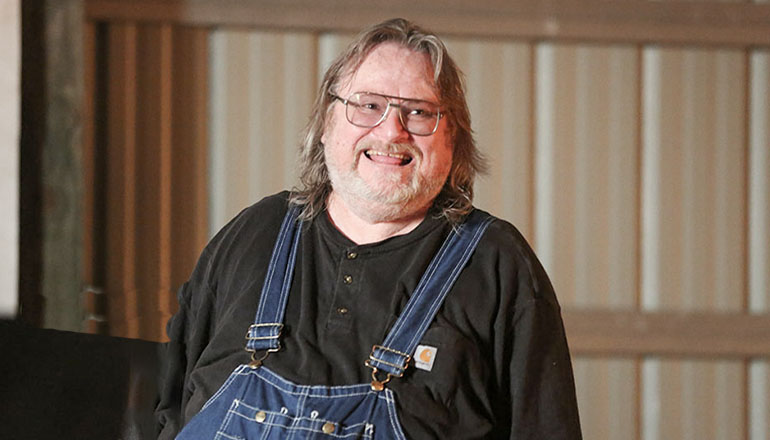 The Thompson Research Center advisory committee, along with University of Missouri faculty and administrators, recently celebrated the retirement of Jon Schreffler, farm manager and employee of Thompson, for 43 years.

The celebration took place during the spring meeting of the advisory committee, which took place in mid-April. The committee also toured the new commodity barn and feedlot and received updates on research being conducted at Thompson.

Schreffler joined the Thompson Research Center, located in Spickard, Mo., as a part-time employee in 1978. Five months later, he was offered and accepted a full-time position. Schreffler became the herdsman at the Research Center in 1993 and was officially named the farm manager in 2010.

“Much of the success of the Research Center can be attributed to Jon’s leadership, and we look forward to the continuation of that history with Stoney serving as farm manager,” said Bill Lamberson, director of the Division of Animal Sciences and interim superintendent of the Thompson Research Center.

During the advisory committee meeting, the decision was made to replace the traditional Thompson Research Center Field Day with a series of intensive workshops on cattle feeding, whole system reproductive management, silvopasture, and applying genomic technologies. More information about those workshops will be announced at a later date.