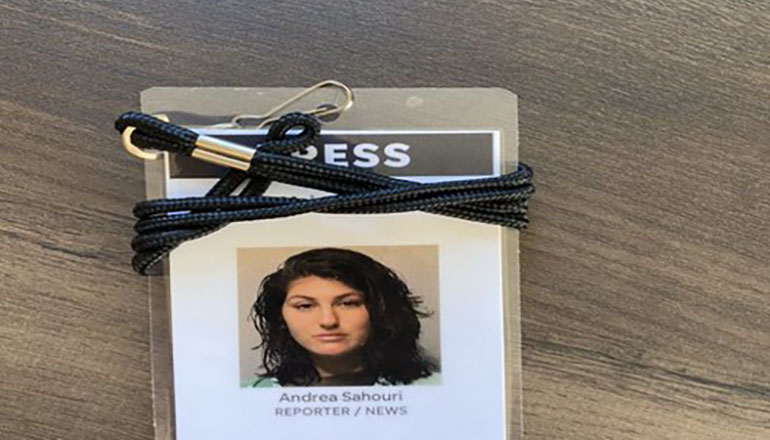 Testimony began Monday in the trial of an Iowa reporter arrested during a protest in Des Moines.

Her case has become the focal point for those raising concerns about the treatment of the press by authorities. Andrea Sahouri is on trial for misdemeanor charges related to her arrest at a Black Lives Matter protest last May. She pleaded not guilty, saying she repeatedly told police she was a member of the press when officers were attempting to disperse the crowd.

Carlos Martinez de la Serna, program director for the Committee to Protect Journalists, said the incident aligns with many other situations involving reporters last year. He said the public needs to be paying attention. “This is not a privilege for journalists,” Martinez de la Serna asserted. “It’s a privilege for the public, in terms that the First Amendment protects the right to access news about issues of public interest.” His group contended it’s troubling for prosecutors to take the case to trial when so many other U.S. reporters detained during protests last year eventually saw their charges dropped.

Authorities in Polk County argued Sahouri wasn’t wearing her credentials, but her defenders insisted press protections still should have applied, and she was arrested for doing her job. Martinez de la Serna stressed local governments need to avoid these patterns and should instead work with the press to foster an environment of transparency. He added not doing so will only add to the “fake news” rhetoric that emerged under former President Donald Trump.  “Journalists in the U.S. are facing a new reality in terms of their safety, in terms of how they go about reporting news that’s of public interest,” Martinez de la Serna remarked.

According to the U.S. Press Freedom Tracker, nearly 130 journalists were arrested last year as social-justice protests unfolded across the country. Of those arrested, nearly a dozen still face charges, including Sahouri.

Meanwhile, other news-media advocates suggest that Sahouri was unfairly targeted because she is a journalist of color and might have been treated differently had she been white.