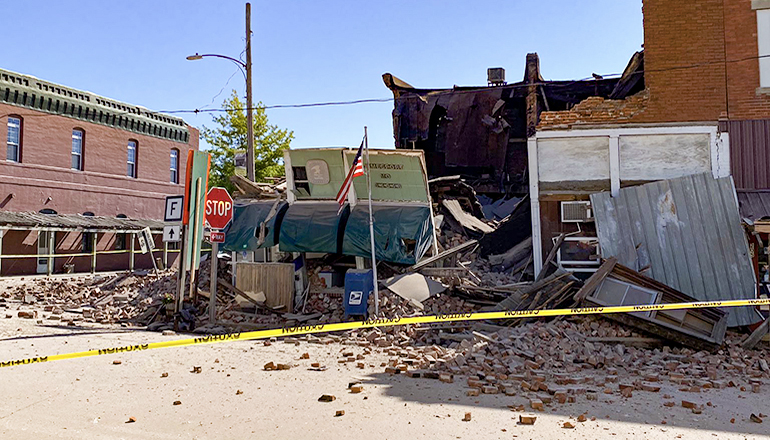 Officials on Wednesday evening, August 19, were at the scene of the building collapse in downtown Jamesport that included much of the post office. This included Postal Service inspectors and deputies of the Daviess County Sheriff’s Department.

It’s still unknown what caused most of the brick building to collapse at the intersection of Broadway Street and Auberry Grove, which is also known as Highway 190 and Route F. Debris also fell into the streets of the four-way intersection causing them to be closed for safety purposes. A neighboring antique store also received minor due to the collapse.

No injuries were reported, and Ashley Bontrager, with Jamesport Fire and Rescue, reported no one was in the building around 9 o’clock Wednesday morning when it came down as Postal Clerk Robert Shields had stepped outside right before the collapse occurred.

An American flag, that was seen still flying from a pole in front of the post office, was removed and delivered to the clerk.