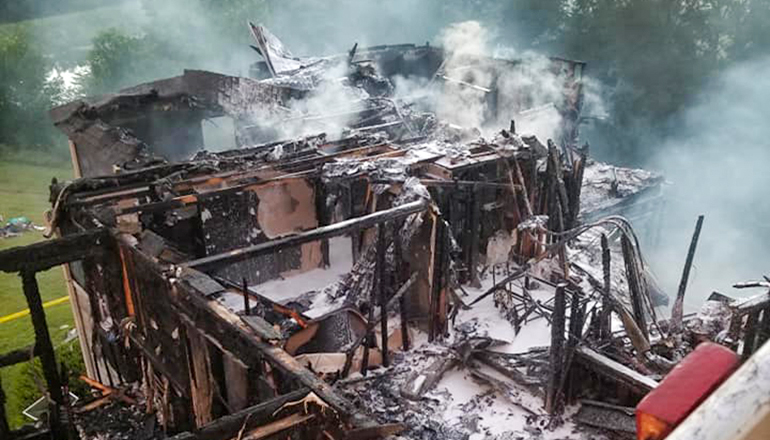 The Princeton Chamber of Commerce has provided additional information on local needs stemming from Sunday’s fire at the Cedar Ridge Apartments east of Princeton on Highway 136.

Chamber President Kelly Bertrand says plans are to open the Cow Palace on Tuesday. July 21, 2020, as a place to gather items for families who were displaced because of the fire.

All clothing is to be funneled through Zippity’s of Princeton, formerly known as the Clothing Cottage. Clothing is needed for sizes from 12 months up to age 60. The chamber representative noted 18 employees of Smithfield Hog Production, with nine children, were relocated to other Smithfield apartments that were available, with many being young couples with families. Several are described as “just arriving” and lost all their cash. One got out without shoes. All others were said to have shoes on but that’s all they left with.

Each has received one outfit of clothes from Zippity’s. Items from the food pantry were taken to them for breakfast Monday morning. It’s been reported two non-Smithfield employees are the 60-year-olds and they found an apartment in Princeton.

The Red Cross has responded with a gift card for essentials. One person is said to have purchased lots of personal care items from the Dollar General Store and donated those items. Fire victims also were assisted Sunday night with three cots, bedding, a table, chairs, and a couch. Items were being donated as late as 11 o’clock Sunday night and resumed at 7:30 this morning.

The Methodist Church parsonage at Princeton was a receiving location Sunday night and Monday morning.