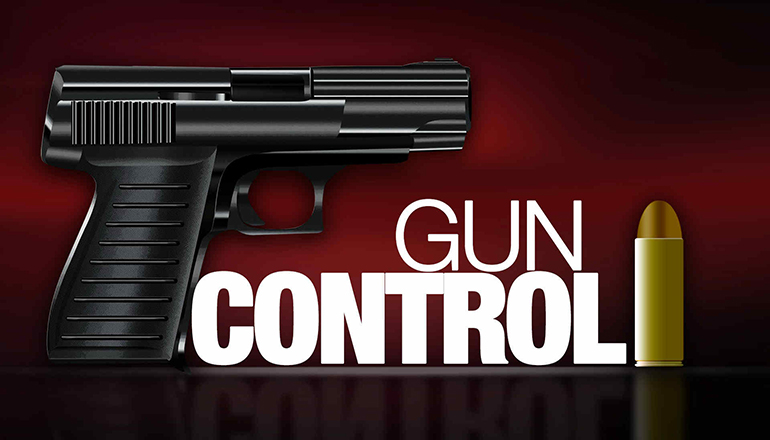 (Missouri Independent) – The federal gun safety bill passed with bipartisan congressional support in June was heralded as the first notable piece of federal gun legislation in nearly 30 years. Yet Missouri won’t feel its full impact — yet.

Missouri will benefit from the millions of dollars in the Bipartisan Safer Communities Act set aside for mental health, crisis intervention, and school safety programs. Retiring Sen. Roy Blunt co-sponsored the mental health component of the legislation.

But the provisions in the bill related to gun monitoring programs or red-flag laws cannot yet be implemented by state law enforcement because, in 2021, Missouri passed the Second Amendment Preservation Act (SAPA), which bars local law officials from enforcing federal gun policy and could fine them for doing so.

The U.S. Department of Justice filed a lawsuit against the Missouri statute in February and the law is currently being challenged in Cole County court by St. Louis city and Jackson County. There isn’t a timeline on when the case could be settled, but until it is, SAPA is in effect in Missouri.

In doing so, Blunt went against the wishes of state legislators who signed a letter asking Blunt not to support the bill.

The new federal law alters a number of statutes surrounding who can buy a gun and how most notably ending the “boyfriend loophole.” This means people convicted of domestic violence crimes against someone they have a continuing serious relationship with cannot own a gun.

Previously, the federal statute only prevented those convicted of crimes against spouses, partners they had children with, or partners they cohabitated with from buying a gun. Closing the loophole was a victory for Democrats in Congress who have fought to see that portion of the law changed.

Under Missouri’s Second Amendment act, however, the effect of the closed boyfriend loophole may be less pronounced.

Kristin Bowen, a lead volunteer coordinator for the Missouri chapter of Moms Demand Action, told The Beacon that SAPA could make it difficult to implement the newly closed boyfriend loophole.

“Unfortunately, in Missouri, there is this confusion,” Bowen said. “We do not have, in state statute, laws to protect victims and families from violent domestic abusers having firearms. And while we live currently, right now, under the Second Amendment Preservation law, there is no means for law enforcement, prosecutors, or judges to take action to protect a family, and that’s tragic.”

Dozens of police leaders spoke out against Missouri’s bill last summer, saying its provisions would make collaboration with federal partners and the use of national databases more difficult. A new report by the Missouri Chamber of Commerce cited SAPA as a cause of concern among local law enforcement in the face of rising crime across the state.

In a report by the Giffords Law Center to Prevent Gun Violence, Missouri was ranked 47th in the country in 2021 when it came to the strength of its gun laws. The latest data from the Centers for Disease Control and Prevention showed that in 2020, Missouri ranked fourth nationwide for its firearm death rate.

Professor Royce Barondes, who teaches firearm law and other subjects at the University of Missouri School of Law, said the scope of SAPA will be more clear as courts weigh in on the judicial challenges to the law.

Courts will evaluate the way the law claims to be applied through judicial rulings before jumping to the conclusion on whether it is unconstitutional, Barondes told The Beacon.

“So that’s exactly the circumstance we have here. There’s a brand new statute, it has some vague language,” which Barondes said spurred “an attempt to invalidate [SAPA] in advance.”

No red-flag laws in Missouri

In terms of funding, the federal bill allocates $750 million over five years to states to implement and run crisis intervention programs, including managing red-flag programs or mental health courts. It’s unclear how much each state will receive.

According to CDC data compiled by Everytown, 54% of gun deaths in Missouri were by firearm suicide from 2017 to 2020.

Missouri does not have a red-flag law that would allow judges to remove firearms from someone considered a danger to themselves or others.

Republican senators negotiated funds for states that do not have red-flag laws but do have crisis intervention programs.

The red-flag laws are a sticking point for many.

Parson told the St. Louis Post Dispatch in June that they were his primary concern when it came to the federal bill.

“The main thing I want to make sure is they are letting states make decisions for states. I just don’t want them tying my hands on what we do here in Missouri,” Parson said. “As long as they want to let states decide how they want to handle red flags, that’s OK with me. As long as they let us decide.”

Lawmakers who asked Blunt to revoke support for the bill insisted that “a vote for it will directly enable the spread of confiscation laws throughout the country, and further normalize support for the eventual disarmament of this nation.”

“You may believe your vote on this proposed bill comes at little risk, as Missouri has demonstrated time and again that our General Assembly would not vote to pass such laws,” they wrote in the letter.

Blunt’s focus stayed on the mental health provisions, which already have been implemented as a pilot program in a handful of states across the country. He lauded the success of the intervention measures in the pilot states.

“The whole idea of crisis intervention, there are opportunities in this law for that to happen,” Blunt said in his remarks on the bill.

“If you’ve got a mental health problem, you’re more likely to be the victim of a crime than you are the perpetrator of a crime. But if those problems get out of control – often suicidal thoughts first before you have homicidal thoughts – but if this system works the way it should, who knows what good you’ve done by just letting people go through their normal lives as contributing citizens with treating their mental health?” he added.

Meg Cunningham is The Kansas City Beacon’s Missouri Statehouse reporter. Previously, she worked as a national politics reporter for ABC News in Washington, D.C., where she covered campaigns and elections. Meg is a Kansas City native and graduated from the Missouri School of Journalism. In her free time, she enjoys spending time outdoors, cooking and doing yoga.