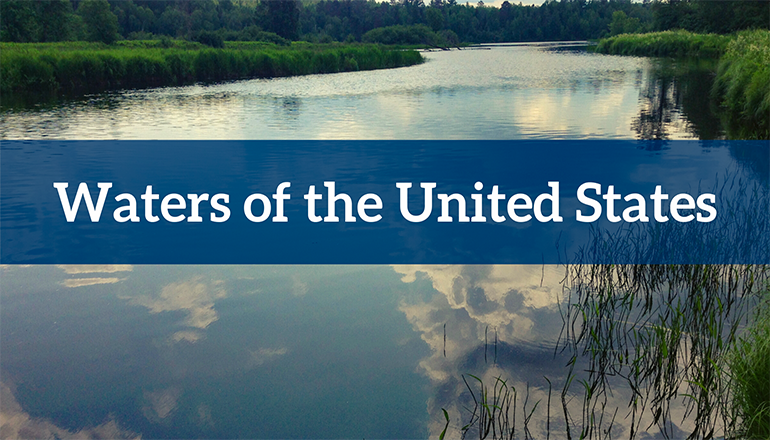 Beyond their opposition to the unnecessary burdens a broader WOTUS definition would have on businesses, communities, and private citizens, the Members strongly oppose such a move until the recently announced WOTUS-related Supreme Court case (Sackett) is decided. In a letter to U.S. Environmental Protection Agency Administrator Michael S. Regan and Assistant Secretary of the Army for Civil Works Michael L. Conner (Agencies), they argue that a premature rulemaking would cause more confusion for impacted parties, waste taxpayer resources, and hinder efforts to improve U.S. infrastructure and protect clean water.

“We urge the EPA and the Corps to halt all current rulemaking actions surrounding the WOTUS definition as the United States Supreme Court takes up this landmark case. The Agencies should instead use this time to continue meaningful engagement with stakeholders…,” the Members wrote. “This would allow the Agencies to fully understand and account for the impacts to small businesses, farmers, rural communities, and countless other stakeholders that will result from any regulatory change to the definition of WOTUS.”

The Members detailed their firm opposition to the current WOTUS rulemaking: