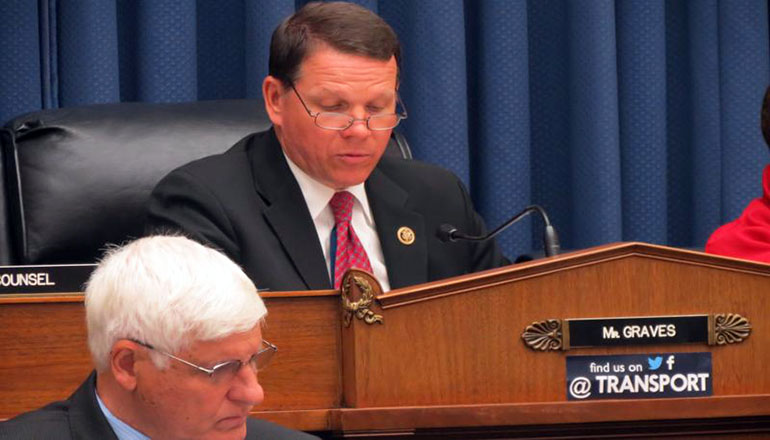 After negotiations between the House and Senate were completed, the final Water Resources Development Act of 2020 (S. 1811) was approved by the House of Representatives. S. 1811 represents an agreement between House and Senate committees on final WRDA language, based in part on H.R. 7575, which passed the House by voice vote in July 2020 and was introduced by House Committee on Transportation and Infrastructure Ranking Member Sam Graves and his colleagues on the Committee. The bill is critical for flood control, navigation, ports, locks, dams, and other water resources infrastructure.

“North Missouri’s inland waterways are dependent on the Water Resources Development Act. Ensuring that timely flood control and navigation improvements continue to occur is a centerpiece of this bill,” said Ranking Member Graves.  “Lives and livelihoods depend on the important reforms in WRDA and I am proud to cosponsor this bipartisan bill so we can help reduce the disastrous flooding we’ve seen over the years and improve the navigability of our rivers. This bill is the product of a bipartisan effort and it’s the perfect example of the way things should work around here.”

The final bill contains many important provisions to North Missouri including expanding work on a Lower Missouri River Basin Flood Risk and Resiliency Plan, expedited completion of maintenance and repair activities for Federally operated and maintained levee systems in the Lower Missouri River Basin, changes to the PL 84-99 non-federal levee program to enhance flood protection, further prohibition of Interception-Rearing Complex’s (IRC’s), changes to the Inland Waterways Trust Fund cost-share which would help make repairs and upgrades to locks and dams on the Mississippi River, and continuation of work on the Upper Mississippi River Comprehensive Plan, along with several other provisions critical to flood control and navigation.

You can view Graves’ remarks on the House floor regarding WRDA here.

Additional information about the Water Resources Development Act of 2020 can be found here.