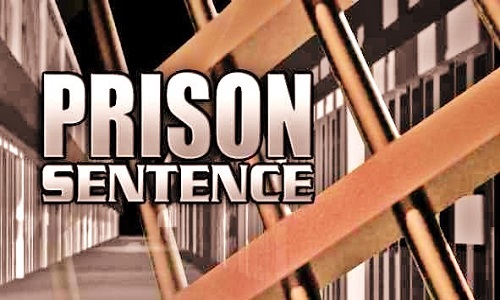 A Honduran national who led police on a high-speed chase after threatening to shoot one victim and carjacking another has been sentenced in federal court for illegally possessing a firearm.

Jose Arevalo-Inestroza, 29, of Kansas City, Missouri, a Honduran national who is illegally in the United States, was sentenced by U.S. District Judge Greg Kays on Wednesday, June 2, to five years in federal prison without parole.

According to court documents, Arevalo-Inestroza and another person, both armed, threatened an employee at T&F Auto, 9701 Independence Ave., Kansas City, Mo. The employee told police the two men asked about a vehicle he had just finished working on, which they claimed belonged to one of their friends. He told them they couldn’t take the vehicle since it did not belong to them, and the battery was not working. Arevalo-Inestroza pulled out a handgun from his waistband and pointed it at the employee, and said, “Do you think I’m a clown? Guess what? I’m gonna kill you!” The employee put his hands up, and the second man appeared with a rifle and ordered him to turn around. The employee heard three gunshots from behind, which a witness later explained as Arevalo-Inestroza firing the shots into the ground near the employee.

The two men fled with Arevalo-Inestroza driving a white van. Police officers located the van at 8501 Winner Road in Kansas City and pulled it over. When they got out of the van, Arevalo-Inestroza fled on foot, and the other man resisted arrest. Officers found a loaded Sig Sauer 9mm semi-automatic handgun next to the driver’s seat and a loaded .22-caliber rifle under the front passenger seat.

As Arevalo-Inestroza fled from the police officers, he carjacked a white pick-up truck. When officers attempted to stop the truck, Arevalo-Inestroza fled at speeds exceeding 80 miles per hour and nearly struck at least one vehicle while weaving in and out of traffic. He abandoned the truck at I-435 and 40 Highway and again fled on foot, at which point officers arrested him.

Arevalo-Inestroza was charged in Jackson County, Mo., with unlawful use of a weapon related to these events. He pleaded guilty on Feb. 20, 2020, was sentenced to a four-year suspended execution of sentence, and was released to Immigration and Customs Enforcement on an immigration detainer.

This case was prosecuted by Assistant U.S. Attorney Kathleen D. Mahoney. It was investigated by U.S. Immigration and Customs Enforcement – Enforcement and Removal Operations.