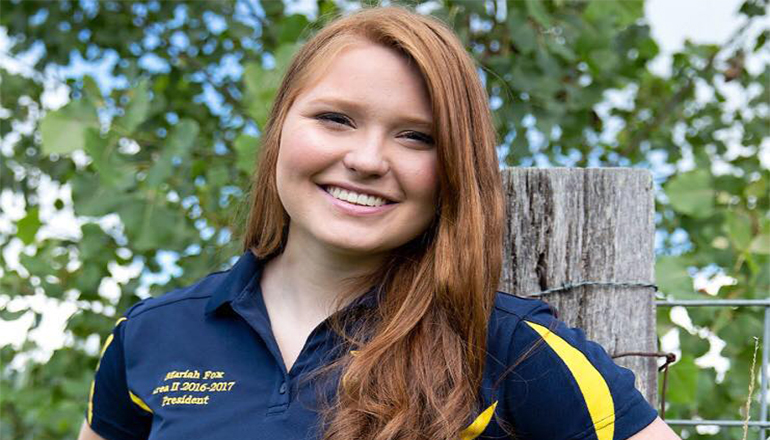 The Missouri State Fair officially opens to the public Thursday, but a member of the Trenton FFA Chapter has been working at the fairgrounds for a few months.

Mariah Fox of Galt is a marketing intern at the fair. She began June 1st, and her final day will be the last day of the State Fair, which is August 19th. Fox and another three interns are divided into different sectors of the marketing department, and her portion is based on events.

She says is the coordinator of the opening day ceremony and the governor’s ham breakfast and is also in charge of the State Fair blog as well as mailing and sponsor relations. Fox has been living in the historic administration building on the fairgrounds since the beginning of her internship.

During the fair, she says she will be in the office a lot, but she will also take pictures of sponsor booths and fairgoers. She applied for her internship in November or December last year. The application process included an interview and the presentation of a portfolio.

Fox’s favorite part of being an intern so far is just being a part of the State Fair because she likes the atmosphere and the tradition of the fair. She is most looking forward to having her friends and family on the fairgrounds to spend the fair with them and come together to celebrate Missouri agriculture.

Fox adds there is nothing she dislikes about her internship so far.