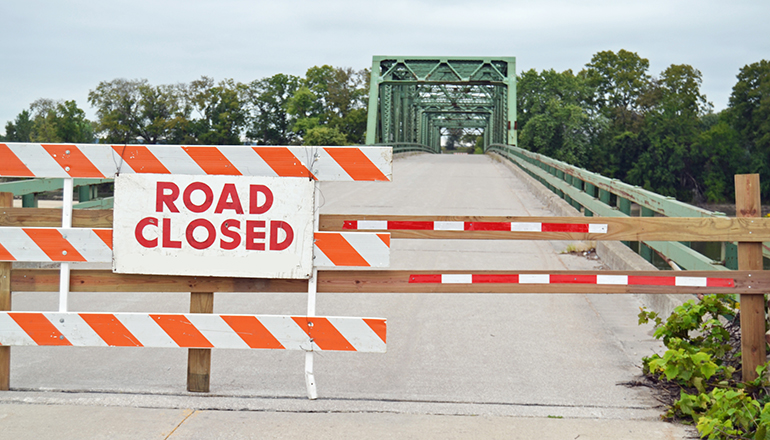 A bridge deck replacement project, led by contractors from Radmacher Brothers Excavating Co., working with the Missouri Department of Transportation, has been active since early March on U.S. Route 65 at the Grand River Bridge just south of Chillicothe. This bridge is included in Gov. Mike Parson’s $351 million Focus on Bridges program, which will repair or replace 250 bridges across the state.

Up to this point, bridge construction has been staged to allow one lane of traffic over the bridge, with an 11.5-foot width restriction. For the casting of the bridge deck, however, a full closure of the roadway is required.

Crews will close U.S. Route 65 at the Grand River Bridge on Wednesday, August 12, 2020, at 1 a.m. Emergency vehicles ONLY will be permitted to cross the bridge beginning the morning of Aug. 13. Non-emergency traffic will be permitted to resume the use of the bridge the afternoon of Aug. 15. The extended closure for non-emergency traffic is in order to allow the concrete on the new driving surface to completely cure. When the bridge reopens, it will again be open to only one lane, with the 11.5-foot width restriction in place.

A signed detour will be in place from Aug. 12 through Aug. 15 directing motorists over U.S. Route 36, Route C, and Route Z.