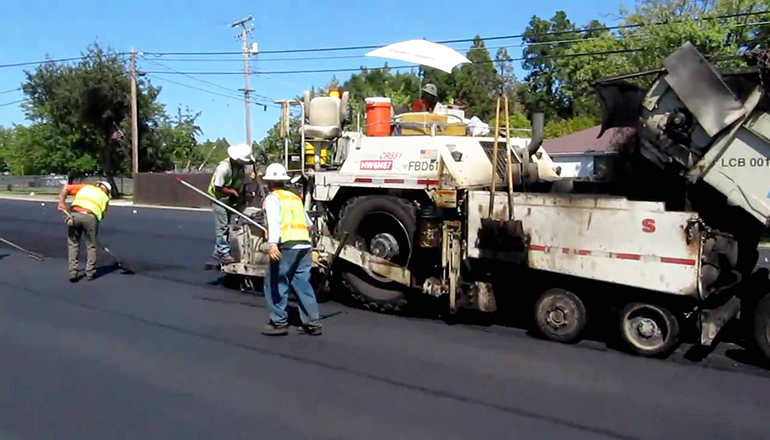 A resurfacing project through Mercer, Grundy, Livingston, and Carroll counties is expected to continue at least through mid-August.

The Missouri Department of Transportation has contracted with Vance Brothers to resurface approximately 83 miles of U.S. Route 65 between the Iowa border and the Missouri River as well as a small portion of Route 6 near Trenton.

To extend the life of the roadway, a preventative maintenance treatment consisting of a scrub seal over the existing pavement and then a micro surfacing treatment are being applied. Both seal the old pavement and give the roadway a new driving surface. The scrub seal, an emulsified asphalt/aggregate seal, rejuvenates the road’s surface by filling and sealing cracks in the existing asphalt. The micro surfacing that follows helps slow raveling and oxidation of the pavement, fills some ruts and minor surface irregularities, reduces water getting into the pavement, and improves surface friction.

While it may look like a typical overlay, normally done with asphalt, it will not ride like one. Minor surface irregularities will benefit from the micro surfacing, making the ride a little smoother, but not like an asphalt overlay.  As the institution tasked with maintaining the roadways owned by Missouri taxpayers, MoDOT does our best to be good stewards of the monies provided to us by those taxpayers.  One of the ways is to employ many preventative maintenance methods, such as a scrub seal or micro surfacing, to help extend the life of roadways.