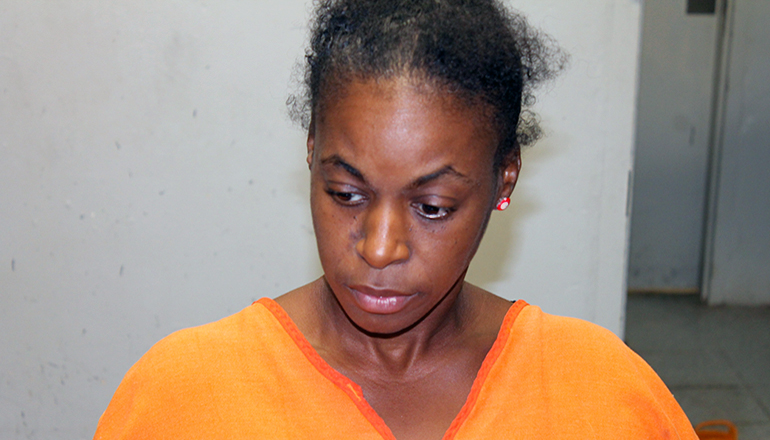 A St. Louis woman was arrested in connection with an alleged high-speed pursuit on Wednesday afternoon that began in Carroll County and ended in Linn County.

Livingston County staff was stopped at the Grand River Bridge construction site south of Chillicothe when a northbound white SUV came speeding across the bridge being checked at going 60 miles an hour in a 35 zone while highway workers were present.

Sheriff Cox initiated emergency lights and siren and attempted to stop the vehicle, but it accelerated and then slowed to turn east onto Highway 36 where the driver accelerated up to speeds near 120 miles an hour in a 65 zone. Sheriff Cox called traffic on Highway 36 as unusually light but the suspect driver still made what he called some bad passes, even passing two semi-tractor trailers that were side by side on the right shoulder.

A short while later in Linn County, Cox said the SUV apparently blew the motor and the vehicle finally slowed to a stop about eight miles east of the Meadville Junction.

Taken into custody was 37-year-old Stephanie Diane Byrd of St. Louis for alleged felony resisting arrest by flight, excessive speed 118 in a 65, 60 in a 35 construction zone with workers present, and failure to yield to an emergency vehicle. Carroll County deputy sheriff issued Ms. Byrd a couple of additional citations for issues there. Ms. Byrd was transported to Daviess-Dekalb Regional Jail pending the filing of formal charges.