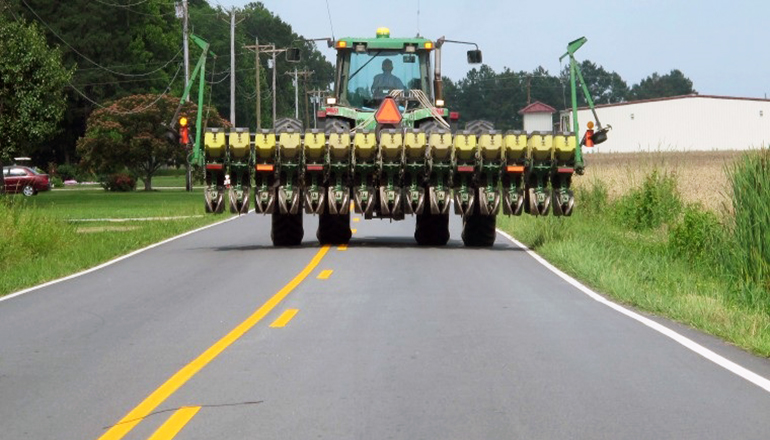 “Harvest season is a busy time of the year for Missouri’s farm families, and MoDOT wants to make it a safe time of year too,” said MoDOT Highway Safety and Traffic Engineer Nicole Hood. “Farm equipment vehicles can be slow moving, and motorists may be surprised when they come up behind one on a Missouri highway.”

Missouri’s 34,000 miles of state roadways pass alongside the fields of thousands of farms throughout the state. Farm equipment vehicles were involved in 582 crashes in the three years of 2014 through 2016.  These crashes resulted in 17 people being killed and 199 injured.

Motorists are advised to slow down when approaching farm vehicles. Be patient as the farm vehicles travel to their field entrances. In passing zones, please wait until it is safe and pass at a safe distance and speed.