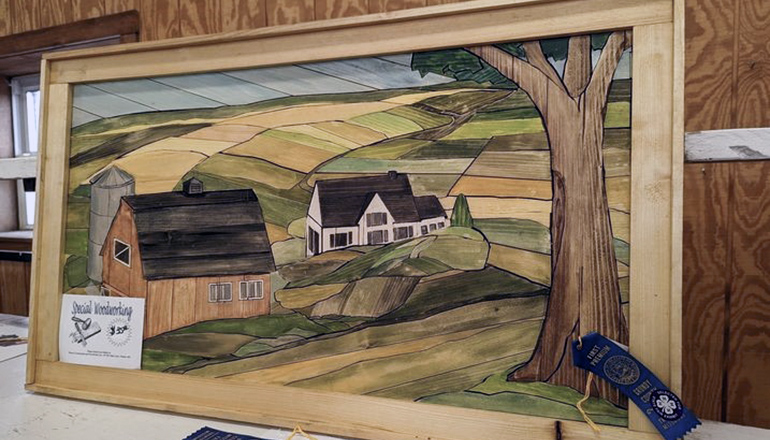 A North Central Missouri Fair spokesperson says Sharp’s woodworking was entered in the junior division at the fair in Trenton and was displayed at the Rock Barn.

The grandson of a Trenton resident is the exhibitor of the grand champion wether goat at the Missouri State Fair. Ty Murphy of Houstonia is the grandson of Linda Antle. He is the son of Brent and DeEtta Murphy.

Murphy is a member of the Kennedy 4-H Club. His goat weighed 85 pounds.

Murphy will sell his goat in the Missouri State Fair Sale of Champions on August 20th.