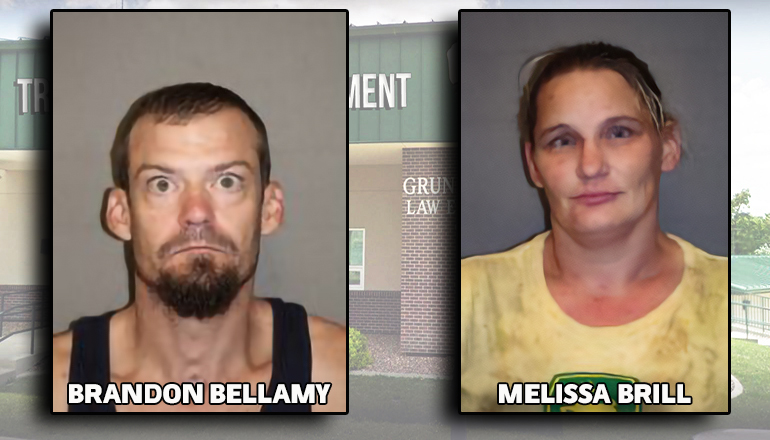 A Trenton man who allegedly tried to unlawfully enter a building owned by K4C Cottages in Trenton on October 9 faces two felonies.

The Grundy County Sheriff’s Office reports 36-year-old Brandon Charles Bellamy was arrested by the Trenton Police on October 9, 2021. He has been charged with first-degree attempted burglary and first-degree property damage. His bond is $25,000 cash only, and he was scheduled for the Associate Division of Grundy County Circuit Court on October 12.

Court documents accuse Bellamy of trying to enter the building occupied by Prenice and Courtney Carter and damaging an exterior door by beating the door with a ball bat.

The sheriff’s office also reports the arrest of a Galt woman on October 9, 2021, on a capias warrant for failure to obey a judge’s order.

Forty-year-old Melissa Brill was originally charged with two counts of felony possession of a controlled substance. Her bond was set at $10,000 cash only, and she is scheduled for Division One of Grundy County Circuit Court on October 14.