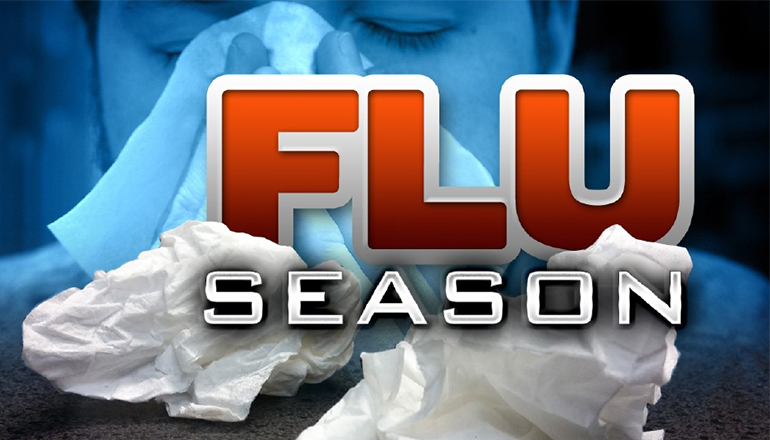 The Grundy County Health Department in Trenton reports influenza cases in the county are on the rise with six times as many influenza B cases as influenza A cases. Influenza A and B viruses are responsible for flu epidemics each year. Flu activity is considered to be high in the United States and expected to continue.

The health department defines influenza as a viral infection that attacks the respiratory system, including the nose, throat, and lungs. It is not the same as stomach flu viruses that cause diarrhea and vomiting.

Influenza resolves on its own for most individuals, but sometimes it and its complications can be deadly. Individuals at a higher risk of developing flu complications include children younger than five years old, especially those younger than 12 months, adults older than 65, residents of nursing homes and other long-term care facilities and pregnant women and women up to two weeks postpartum, anyone with weakened immune systems or who have chronic illnesses, such as asthma, heart disease, kidney disease, liver disease, or diabetes or anyone who is obese with a body mass index of 40 or higher.

Individuals who are at high risk for serious flu illness should take flu antiviral drugs quickly if they get sick. The annual influenza vaccine is not 100% effective, but it is still considered to be the best defense against the flu. The Centers for Disease Control and Prevention recommends everyone at least six months old get a flu vaccine each season.

The Grundy County Health Department has vaccines available for all ages. Flu vaccines are available Tuesdays from 9 to 4 o’clock on a walk-in basis, and no appointment is needed. Appointments can also be scheduled by calling 359-4196.

Other ways individuals can protect themselves against the flu are to wash their hands with soap and water or use an alcohol-based hand sanitizer, cover their coughs or sneezes using their arm, and avoid crowded places to reduce their chances of exposure.

The health department asks those who are sick to stay home for at least 24 hours after their fever subsides, so they lessen their chance of infecting others.