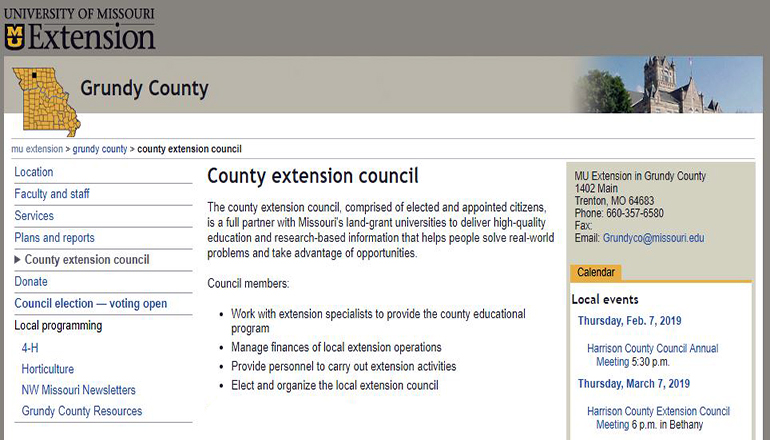 Meridith Berry with Extension reported there are two paid opening for county council members to attend the Council to Campus meeting. Berry previously said the two-day meeting would be held at the University of Missouri in Columbia in late March. If more than two members want to attend, the council would need to approve funding for them at the March 4th meeting.