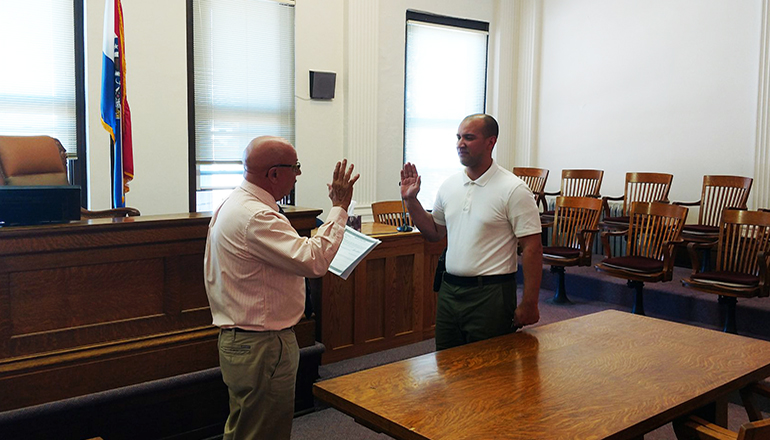 Lopez received his law enforcement training while serving in the Military Police in the United States Army, stationed at Fort Knox, Kentucky and deployed to Afghanistan. He was awarded a Combat Action Badge, a Purple Heart, and other merits while serving in the military.

Jose and his family have lived in the Trenton/Spickard area since 2000, and the Mercer County Sheriff’s Office reports Lopez will move to the Princeton area.