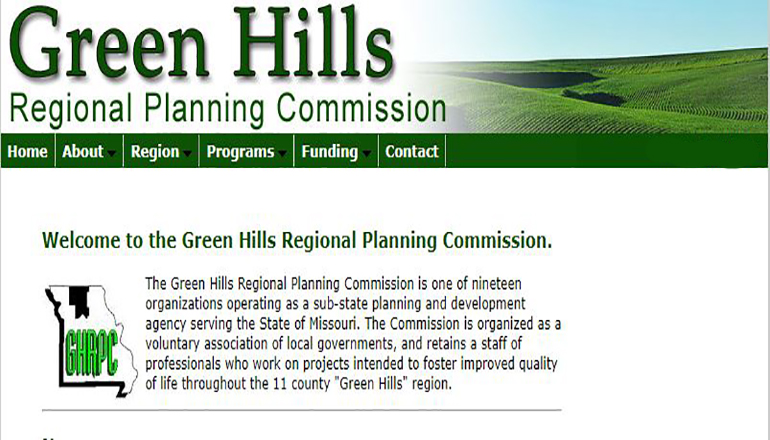 The Green Hills Regional Planning Commission was created 50 years ago.

Executive Director Randy Railsback tells that the Green Hills Commission was the third regional planning commission created. He says Governor Hearnes flew into the airport March 2nd, 1967 and was greeted by a 150-car parade to the high school. Hearnes made a proclamation and talked about how the commission was created to be an asset to local government and work with local and state government as well.

Railsback says the Green Hills Regional Planning Commission’s office has remained in Trenton the last 50 years, but the location has changed.

The celebration will be at the Commission’s annual meeting at the First Christian Church in Trenton the morning of December 6th at 11:30. Executive Director Randy Railsback says that the purpose of the annual meeting is to put together the annual report to show projects worked on during the year.

He says this year’s annual report will be a compilation of articles and headlines about how the Commission responded to challenges and disasters over the years. There will be a meal and a business meeting. Reservations can be made by calling the Commission’s office at 660-359-5636 extension 12.

Railsback notes the Green Hills Regional Planning Commission will also hold an open house at the office next to the Trenton City Hall the morning of December 15th at 10 o’clock. He says the Trenton Area Chamber of Commerce will help host the open house.

The event will include a ribbon cutting and refreshments.