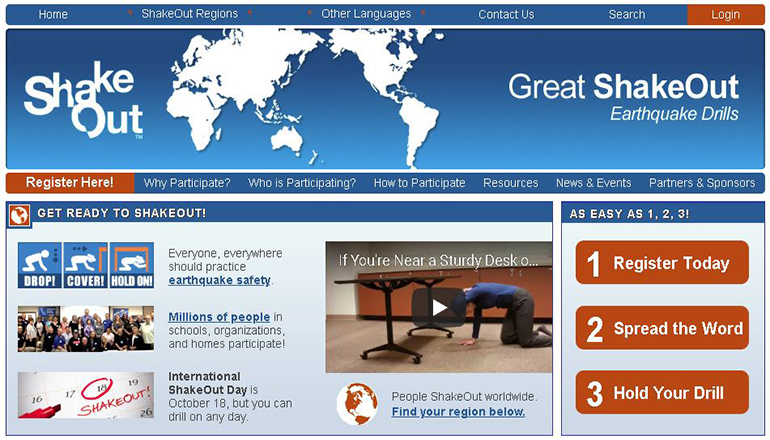 Millions of people worldwide will practice how to Drop, Cover, and Hold On on October 18 during the Great Central American ShakeOut

Grundy County Emergency Management Director Glen Briggs says the purpose of the drill is to get people to think about what they would do if there was an earthquake and review their earthquake plan.  He acknowledges that earthquakes are not commonly thought of in the area, but they can happen, mentioning Saint Joseph recently had an earthquake.

Small earthquakes and tremors occur frequently in Missouri. Thousands of quakes have been noted in the state since 1795 and have been recorded since 1908. In recent times, earthquakes have been known to rock tall buildings and crack plaster in Missouri homes. Most were accompanied by numerous aftershocks, which are a series of successive quakes that can cause more damage than the initial shock.

Geologic studies indicate that large earthquakes occurred within the southeastern Missouri region in approximately 300 AD, 900 AD, and 1400 AD. Lesser quakes of 4.6 or below have occurred in 1990, 1992, 1998 and 2003 in areas ranging from central Missouri to the far southeastern bootheel of Missouri.