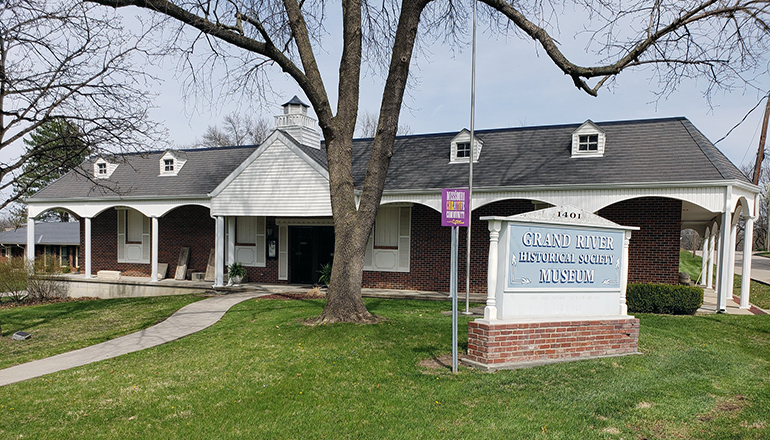 The Grand River Historical Society Museum in Chillicothe will present a free program for the state’s Bicentennial about 200 years of Missouri music. Area artists will be featured at the Bethel Black History Museum on August 10 at 1 o’clock.

Linda Steward will perform spirituals and gospel music and talk about the Underground Railroad as displayed in the Underground Railroad Quilt exhibit. Mary Lou VanDeventer and Jamie Pauls will play and sing patriotic and Missouri tunes. Danny Batson will sing folk songs, including the Sliced Bread Song, the original version of Ben Bolt, and favorites from the Cowboy Church.

There will also be showings of the Together Again concert by Betty Preston Steele and Jamie Pauls in the Ronald Wilder Traditional Arts Center in the basement of the Bethel Black History Museum on August 10 at 6 and 8 o’clock.

The concert was professionally recorded on August 1, and the showings at the museum will allow anyone who did not go to the live concert a chance to see it. Steele and Pauls are to be in attendance at the museum.

The Bethel Black History Museum is air-conditioned, and space is limited, so reservations are suggested. Free will donations will be accepted.  Call the Grand River Historical Society Museum to reserve a spot at 660-646-1341.

The museum will also be open on August 10 from 1 to 4 o’clock, with its collection of historical vehicles on display outside.