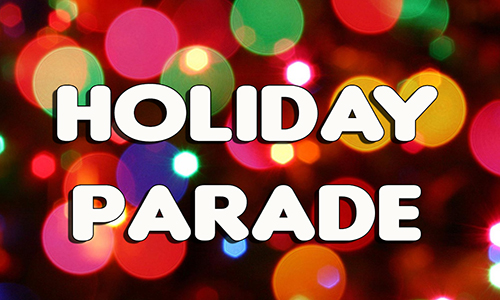 The Chillicothe Area Chamber of Commerce has announced the Grand Marshal for the 73rd Annual Holiday Parade will be the Joy Toys Project.

Parade Committee member Ronni Clark says the 55 and Go project has kept the magic of Christmas alive for area families for many years by providing gifts to children. He encourages parade attendees to drop off a new or gently used toy for Joy Toys at the Chamber at 514 Washington Street or Joy Toys at 440 Locust November 23rd from 9 o’clock to noon.

Floats and entries from different organizations, youth groups, churches, businesses, and individuals in the Chillicothe area will be in the Holiday Parade beginning that morning at 10 o’clock.

Parade judging will take place during the parade, and the winners for business, non-profit group or organization, and youth organization entries will be announced the afternoon of November 23rd. The Chillicothe Holiday Parade entry deadline is Friday, November 8, 2019. Letters detailing parade numbers and lot locations will be mailed prior to the parade to those who entered.

Contact the Chillicothe Area Chamber of Commerce to enter or for more information at 660-646-4050.