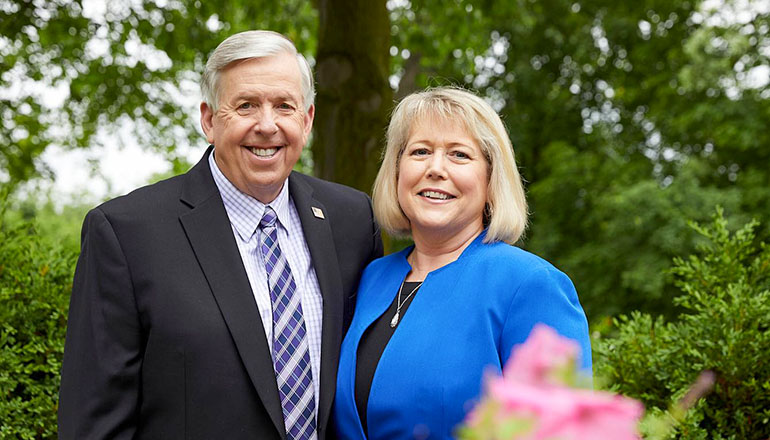 From March 11 – 19, Governor Mike Parson and First Lady Teresa Parson will travel to the United Kingdom and Ireland for their third international Trade Mission. The U.K. and Ireland are key trade partners for Missouri, with nearly $354 million and more than $130 million in exports in 2021, respectively.

Consistent with Governor Parson’s infrastructure and economic development priorities, the goal of the Trade Mission is to build relationships with key international figures to promote Missouri’s strong capacity for trade.

“This is an exciting opportunity to support relationships with international companies, which are important to our state’s economic growth,” Governor Parson said. “Missouri-made products are sold and shipped to locations across the globe. I look forward to meeting with leaders and officials in the U.K. and Ireland as we continue promoting our state as an ideal location to grow and expand business.”

The Trade Mission will include stops in Cambridge and London, U.K., as well as Dublin, Ireland, to meet with government officials, diplomats, and business leaders to promote Missouri as a prime destination for business investment and expansion. Governor Parson will meet with company representatives that have existing relationships in Missouri to thank them for their investment in the state and companies without a presence in Missouri to encourage them to consider Missouri for future investments.

Governor Parson will take part in an ag-tech roundtable discussion in Cambridge with Agri-TechE, a business-focused membership organization that supports the growth of a world-leading network of innovative farmers, producers, scientists, technologists, and entrepreneurs who share a vision of increasing the productivity, profitability, and sustainability of agriculture.

Meetings scheduled include the Chargé d’Affaires, ad Interim Philip T. Reeker of the U.S. Embassy in London, the Minister of State and Trade Policy, as well as a business roundtable with aerospace and advanced technology companies to discuss their future growth plans.

Governor Parson will receive political, economic, and commercial briefings from the U.S. Embassy Irish Country team and meet with several Irish companies that have an existing presence in Missouri.

The Trade Mission is funded by the Hawthorn Foundation, a Missouri nonprofit organization. For updates on the trip, follow @GovMikeParson on Facebook and @GovParsonMO on Twitter.