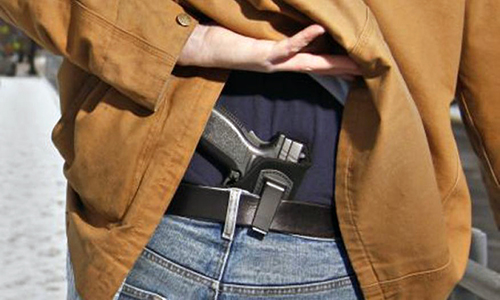 “These people should not be penalized for staying home like they’ve been asked to,” says Parson. “This executive order not only promotes public health and social distancing but also frees up local law enforcement offices from administrative tasks.”

“If the governor had issued his executive order on conceal-carry permits a day earlier, I would have thought it was a bad April Fools’ Day joke. The fact that the governor thinks this is a priority is beyond disappointing and gives further ammunition to critics who say he isn’t doing what needs to be done to stop the spread of COVID-19 in Missouri.