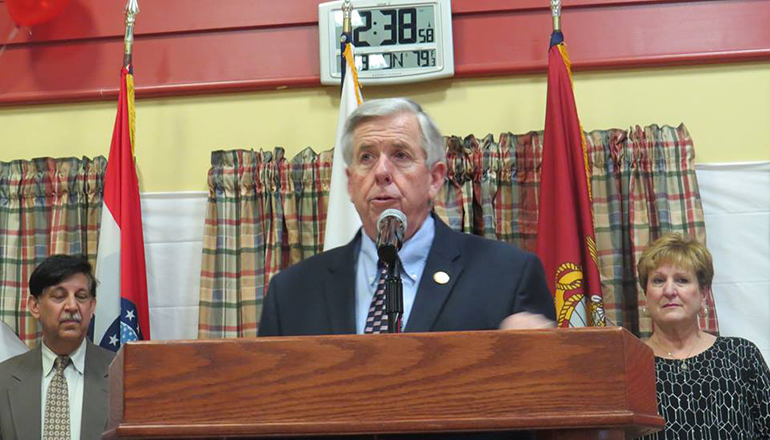 (Missourinet) – Missouri’s governor says infrastructure and workforce issues were two common themes he heard during meetings this week with agriculture and business leaders in northern Missouri’s Mexico, Kirksville, and Moberly. Governor Mike Parson spoke to Missourinet Moberly affiliate KWIX, after hosting an “Agriculture in Business Roundtable” at the Orscheln Farm and Home distribution center there.

A proposed ten-cent gasoline tax increase on the November statewide ballot has the vocal support of Missouri Governor Mike Parson, who has made infrastructure a top priority.

If Missourians approve the gas tax increase, it would be phased in over four years at two-point-five cents annually. Missouri’s fuel tax hasn’t been increased since 1996.

Governor Parson will deliver the keynote address at Thursday morning’s ham breakfast at the State Fair in Sedalia, and will also participate in the “Agriculture’s Next Generation in the Workforce Roundtable” today at 1 at the State Fairgrounds.