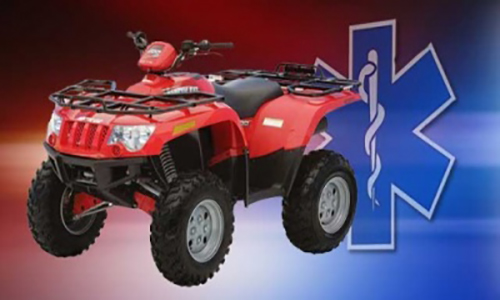 Gilman City and Trenton residents were injured last night when they were ejected from an ATV they were riding.

The accident at 11 o’clock happened on private property one-half mile east of the Melbourne community.

The highway patrol said the all-terrain vehicle was operated by 34-year-old Bradley Burke of Gilman City as it climbed a steep hill, then overturned backward with all three persons thrown off. The report indicates Burke was not hurt.

One passenger, 56-year-old Earl Johnson of Gilman City received what the patrol called serious injuries. He was taken to Harrison County Community Hospital in Bethany.

The other passenger, 25-year-old Christa Tate of Trenton, sustained minor injuries and was taken to Wright Memorial Hospital in Trenton.

Damage to the ATV was minor.

The accident report indicates none of the three persons was using a safety device while riding the ATV.