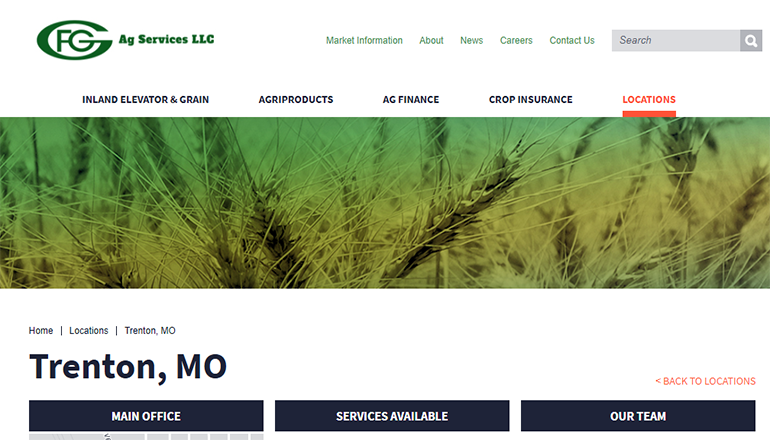 Changes are coming in the business structure of GFG Ag Services that will include a temporary closing later this week of the office location in Trenton to prepare for the changes.

According to Troy Smith, ownership of the GFG feed division will be changing effective March 1st. The new owner is Consumers Oil and Supply and as a result of the change in ownership, the business will close this Friday and Saturday, February 28th and 29, 2020. This involves the office at 614 Harris Avenue plus the feed mill and old milk plant locations along Harris Avenue in Trenton. The closing of the business is to allow for an inventory to be done and bookkeeping changes to be made.

Smith is asking livestock producers to place their feed orders with GFG early this week. Smith said NO changes in products are anticipated. Purina feeds and minerals will continue as the primary product line. Also available will be commodity and grain mixes; small seed, cover crops, fencing, stock tanks, and hay rings.

Consumer’s Oil and Supply is based in Braymer and is described as an independent, farmer-owned agriculture and petroleum supply cooperative in business since 1929. Justin Swindler is the manager in Braymer for Consumers Oil and Supply.

Other changes to GFG Ag services have been detailed in a letter being sent to Trenton area patrons.

The grain department will be known as GFG Inland Grain LLC with Terri Batson hired as grain manager. Grain will be taken to the south end of Trenton where the bulk of the grain storage is now with a new office is to be constructed there. A new truck scale is to be installed and ready by the fall harvest season. The current grain office is located in the Pioneer Building at 915 Shanklin Avenue.

Martha Roberts and Tia Griffin recently purchased the GFG crop insurance business at Trenton and have re-located their office to 351 North Highway 65.

The GFG agronomy department will operate under the name Novus Ag, LLC. That office is on the north side of Highway 6, specifically at 915 Shanklin. Mike Batson is the manager of Novus Ag which includes chemicals, crop scouting, custom application, fertilizer, Pioneer seed, seed treating, and soil testing. Plans also are in the works for a new chemical warehouse and an agronomy office north of the shop and near the scale house.

Mike Batson reported in the letter that all four new companies and employees are committed to serving customers with quality products and services.