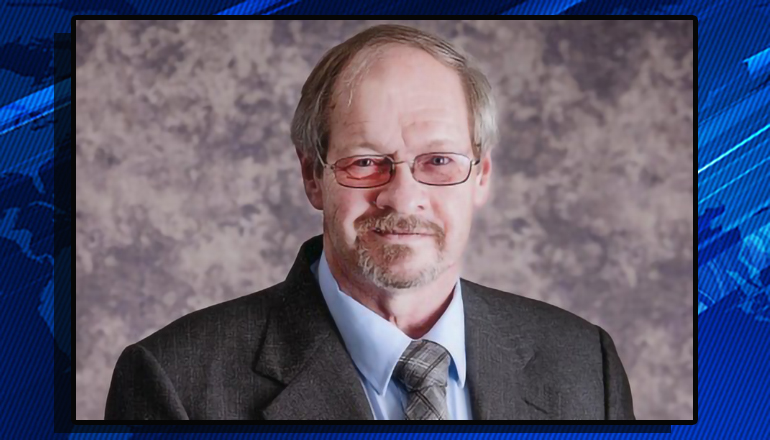 Joel Martin McCulley, loving husband, son, brother and uncle passed away peacefully at his home Tuesday evening, May 14th, 2019. Joel was born on January 14, 1956, in Trenton, Missouri to Lloyd and Roberta (Allen) McCulley. Joel was married to Sonya Marie Griffin on October 13th, 1983.

Joel attended Trenton Schools when he was younger and graduated from Trenton High School. After High School, he attended Mid-America Nazarene College in Olathe KS before returning to Trenton to finish out his career of 43 years at Hy-Vee Food Store. In 2015, Joel received the Hy-Vee Legendary Customer Service Award. He is known by all as the “helpful smile in every aisle”.

Joel was a member of the Trenton Church of the Nazarene. He felt the calling to preach since he was 8 years old and he filled the pulpit at South Evans Christian Church from 2015 up until the time of his sickness. Joel, along with his long-time friend, Rick Leafgreen were lay ministers at Bristol Manor Care Center in Trenton. Other ministries included the nursing home services and bus ministry, youth leader, and Sunday School teacher at the Nazarene Church.

Joel led a Christian life; always following God’s calling. He always had a sense of humor and maintained it to the end.

Funeral services will be held Saturday, May 18, 2019, at 11:00 A.M. at the Church Of The Nazarene, Trenton. Burial will be in Edinburg Cemetery west of Trenton.

Memorials to: Church Of The Nazarene to be used for Children’s Camp and they may be left or mailed to the funeral home.