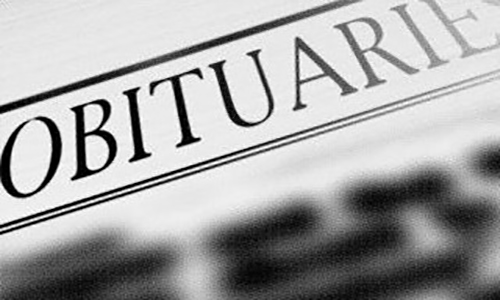 Edward was born the son of Edward Austin and Delaine Marie (Curtis) Cosgrove, on February 2, 1963, in Chillicothe, Missouri. He was a graduate of Lockport High School, Lockport, Illinois. Edward worked as a welder and lead man for Landmark Manufacturing for 22 years.

He also worked as a firefighter for Green Township Fire Protection for 15 years. He also was a firefighter safety trainer and a hazmat trainer. He loved woodworking, fishing, and being outdoors. Edward was a Ham Radio Operator and was a member of the ARES Ham Radio Club of Chillicothe.

Private family inurnment will be held at a later date at Mooresville Cemetery, Mooresville, Missouri. Memorial contributions may be made to Green Township Fire District and may be left at or mailed to Lindley Funeral Home, P.O. Box 47, Chillicothe, Missouri 64601. Online condolences may be made at www.lindleyfuneralhomes.com.