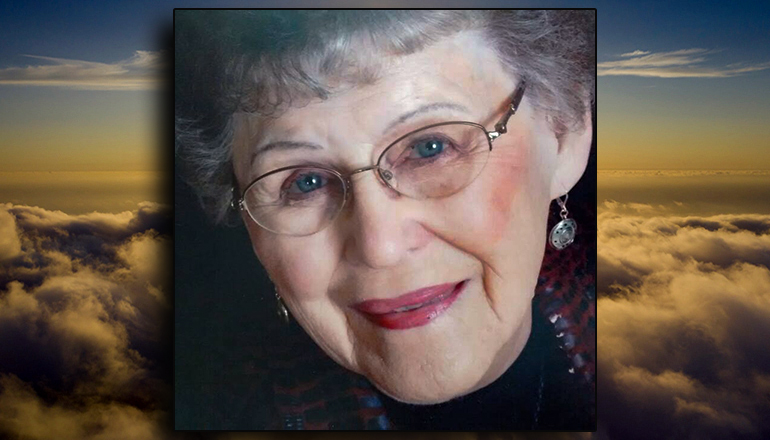 Funeral services for Arlene E. Garrison will be at 2 p.m. on August 17 in the Wesley United Methodist Church, 113 East 9th Street, Trenton.

The Rev. Steve Martin will officiate. Kathleen Holeman of St. Joseph will sing “Take My Hand, Precious Lord” and “He Touched Me.”

Mrs. Garrison was born February 29, 1928, in Trenton to Lemuel and Donna Ola Fenstermacher Elliott and was raised in Trenton by her grandparents, Walter and Nellie Fenstermacher.

Mrs. Garrison was a vocalist, singing for Trenton-area weddings and funerals. She also sang soprano in the Wesley United Methodist Church choir and was a lifelong member of the church. Mrs. Garrison was a featured soloist for “Gloria” by Antonio Vivaldi on a 1971 album performed by community residents. She played bridge with friends and enjoyed a few things more than a hot cup of black coffee.

In retirement, she traveled with friends to Europe, Alaska, Hawaii, and other destinations. Mrs. Garrison was a member of the Grundy County Friends of the Arts Board of Directors and volunteered at Wright Memorial Hospital and for the local chapter of the American Cancer Society. She was named Retired Educator of the Year in 2001. She was a member of Beta Sigma Phi and Delta Kappa Gamma.

Mrs. Garrison moved to the Kansas City, Missouri, area in April 2022. She was a former resident of Sunnyview Apartments in Trenton.

Mrs. Garrison was preceded in death by her husband, her parents, a half-brother, Paul Taylor, and a half-sister, Helen Jackson.

Inurnment will be at Resthaven Memorial Gardens at a later date, with Resthaven in charge of arrangements.