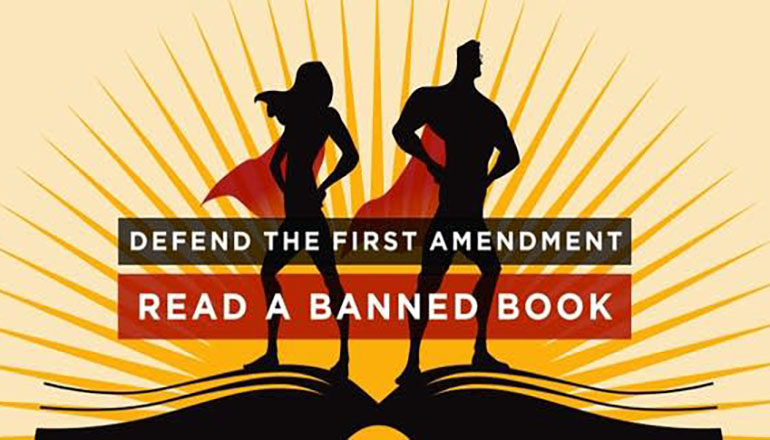 Bookworms and literature buffs in Missouri are celebrating freedom of choice, of reading materials, and denouncing attacks on what they say is their First Amendment right to read. Banned Books Week, which spotlights attempts to censor books, recently took place.  Banned Books Week brings to light more than 600 books, films, and other literary materials that were targeted for censorship in 2019, a 14% increase from the previous year.

King also said “Some books are banned for encouraging disruptive behavior, like Captain Underpants, or referring to magic and witchcraft, like Harry Potter,” he said. “There’s a plethora of books that have been banned for various reasons. Even Dr. Seuss books have been banned.”

In this year’s Missouri Legislature, House Bill 2044 would empower parental library review boards to remove what they deem “age-inappropriate sexual material” from public libraries. Failure to comply could mean a misdemeanor charge, a fine of up to $500 or up to a year in jail. However, no action has been taken on the bill since May.

Kirsten Shaw, an elementary librarian, and president of the Missouri Association of School Librarians said it’s important to understand that not every book is the best choice for every student — but for every book, there is a student for whom it is a good choice. She said kids need stories that act as mirrors – and windows.

Shaw contended it should be up to a parent to decide if the material is appropriate for their child, not the community. She also noted that kids often self-censor without intervention.

“Adults like to step in because we’re trying to protect, but sometimes it’s a little heavy-handed,” she said. “So I think we should trust kids to be able to say on their own that, ‘This is not for me, or I’m not ready for this.'”