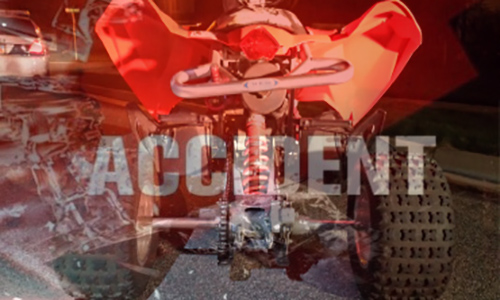 Four were injured, including one seriously, when a four-wheeler and a utility terrain vehicle collided Sunday afternoon at a rural intersection nine miles northwest of Chillicothe.

The driver of a four-wheeler, 15-year-old Montana Akers of Chillicothe, also reportedly refused treatment at the scene for minor injuries. None of the four individuals were using a safety device.

It was 2:50 in the afternoon when Akers was eastbound on Livingston County Road 508 and Curtis was southbound on Livingston County Road 531. An investigator noted the teenager made a left turn but the four-wheeler struck the UTV in the rear passenger side. The utility vehicle then overturned coming to rest on its driver’s side. The four-wheeler came to a stop on LIV Road 531.